Pro-Stallman group issues open letter, wants him to stay on FSF board Featured 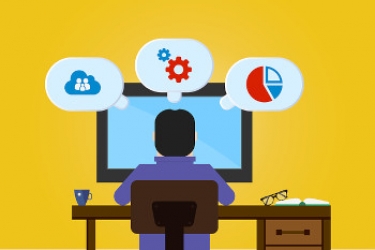 A group of supporters of Free Software Foundation founder Richard Stallman has hit back at those calling for his ouster from the FSF, by putting up their own open letter calling for him to stay on in his current position.

The pro-Stallman letter, initially published on 23 March (US time), has gathered 1897 signatures from individuals as of this writing. Unlike the anti-Stallman missive, there are no original signatories or organisations on this list.

Stallman stepped down from his position as president of the FSF in 2019, following controversy over remarks he made about the victims of the late Jeffrey Epstein, an American financier and convicted sex offender.

On an MIT mailing list, Stallman wrote that the term sexual assault "is so vague and slippery that it facilitates accusation inflation: taking claims that someone did X and leading people to think of it as Y, which is much worse than X".

His reference was to deceased AI pioneer Marvin Minsky who has been accused of assaulting one of Epstein's victims, Virginia Giuffre, when she was 17. Epstein committed suicide in 2019 while in jail.

The pro-Stallman letter said he had been "a driving force in the free software movement for decades, with contributions including the GNU operating system and Emacs".

"Recently, there have been vile online attacks looking to remove him from the FSF board of directors for expressing his personal opinions," it said.

"We have watched this happen before in an organised fashion with other prominent free software activists and programmers. We will not stand idly this time, when an icon of this community is attacked.

"FSF is an autonomous body that is capable of treating its members in a fair, unbiased fashion, and should not give into external social pressures. We urge the FSF to consider the arguments against RMS objectively and to truly understand the meaning of his words and actions."

The letter also took aim at the anti-Stallman crowd, adding: "To the ambush mob who is ganging up on Richard Stallman over reasonable arguments in debate and various opinions and beliefs voiced over decades as a public figure:

"You have no part in choosing the leadership of any communities. Especially not via another mob attack which does not remotely resemble a fairly conducted debate as exemplified by better people such as Richard Stallman."

Meanwhile, the FSF has issued a statement which it says is related to governance and the selection of directors.

"We will adopt a transparent, formal process for identifying candidates and appointing new board members who are wise, capable, and committed to the FSF's mission. We will establish ways for our supporters to contribute to the discussion.

"We will require all existing board members to go through this process as soon as possible, in stages, to decide which of them remain on the board.

"We will add a staff representative to the board of directors. The FSF staff will elect that person.

"The directors will consult with legal counsel about changes to the organisation's by-laws to implement these changes. We have set ourselves a deadline of 30 days for making these changes."

The board says it will meet on Thursday (Friday Australian time) to consider what it calls "further decisions". iTWire has contacted the FSF for comment on what it intends to do in the face of the campaign calling for his ouster.

Thanks to Jonathan Corbet of Linux Weekly News for links to the pro-Stallman letter and the new FSF statement.