PrisonPC: How Linux plays a useful role behind bars Featured 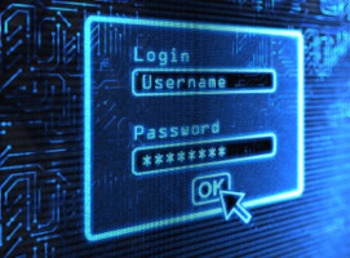 After 10 years of development, Melbourne open source company Cyber IT now has a fully mature prisoner interactive learning solution that is in use by four correctional institutions in the country.

Cyber IT chief executive Con Zymaris told iTWire that while the take-up so far had been only by public institutions, his company was speaking to private operators of prisons as well.

"But given the complex nature of each system, it will take at least three years to meet individual needs," he said.

The system, known as PrisonPC, has both a server and desktop component. All the software is free and open source, while the hardware is supplied by a number of manufacturers. The desktops boot off a server; individual units are either transparent so that the innards are viewable or else are flat panels.

Zymaris said only free and open source software could be used for such a system, given the amount of tweaking and customisation that was needed.

He said that with the Linux kernel itself, it was not so much a question of changing things as it was of removing support for various functions. For example, USB keys will not work on the PrisonPC desktop machines as that functionality has been removed.

The average prison sentence of three years ends up costing the government close to a million dollars. PrisonPC was designed to make people behind bars productive, give them a chance to learn something and leave as individuals who were less prone to re-offending.

"Recidivism costs the authorities a lot and this system aims to try and make that less likely," Zymaris said, pointing out that PrisonPC reduced the boredom factor, giving prisoners something to do when they were in their cells. That is a major part of the day, sometimes up to 18 hours.

All equipment is specialised; for example, the keyboards are much smaller and have only a 30cm cord. The same goes for headphones and one has to join up a couple of cords in order to use them. There are obvious security risks attached to normal keyboards and headphones. 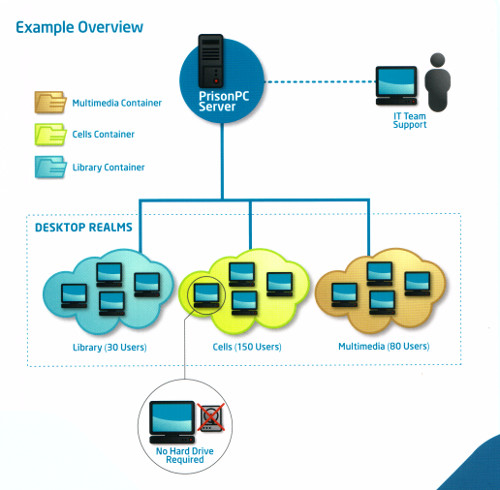 After the last update of the software, the PrisonPC desktop can now look after all the entertainment needs of prisoners. Each PrisonPC server can deliver more than 100 channels from 24 TV stations. In-house TV stations from existing legacy MATV systems have been incorporated into IPTV.

Prison staff can broadcast messages to inmate desktop screens as they watch TV and they can also record or cache broadcast TV programmes for later viewing by inmates.

The PrisonPC server has software that provides full control over all aspects of the system. Prison staff can control what people see, when they see it and also permit access to films that are deemed suitable.

"Prisoners need to prepare material for court hearings; they can do that on their desktop machines so that they are ready when a lawyer comes next to visit," Zymaris said. "Whatever they store is fully accessible to the staff so that there are no surprises."

While more than 20 developers have been responsible for the PrisonPC solution, Zymaris says the person who has overseen the design and architecture has been Ron Fabre, the chief product manager.

Cyber IT, formerly known as Cybersource, is one of the first open source companies in Australia and will mark 25 years of operation next year.

More in this category: « openSUSE to make a Leap ahead in November Microsoft signs cloud deal with Red Hat »
Share News tips for the iTWire Journalists? Your tip will be anonymous