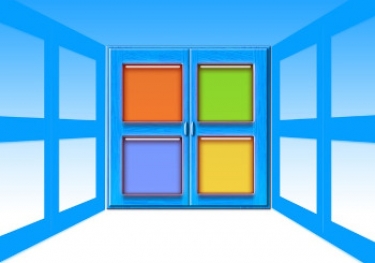 Paragon Software's NTFS driver has been included in the 5.15 release of the Linux kernel, bringing reliable read and write functionality for this filesystem to the kernel.

The driver was merged by Linux creator Linus Torvalds earlier this month, after Paragon's Konstantin Komarov requested that a branch containing code for the ntfs3 driver be included.

Torvalds had some gripes about the way the patch was submitted but it was incorporated in the kernel.

He told iTWire that while there was an user-space driver known as fuse, it was not very performant.

This writer pointed that he had no problem using an NTFS-formatted drive to back up from his Debian GNU/Linux system.

Torvalds said that the driver being used was probably the user-space fuse NTFS driver.

"It works fine. It's not very performant," he said. "There are basically three different NTFS options for Linux:

"(a) an old and not really maintained kernel NTFS filesystem, which is read-only and limited in other ways too;

"(b) the user-space FUSE-based one, which is what most people use; [and]

Most external drives come formatted with the NTFS filesystem. The inclusion of the new driver will make Linux users more confident in using these drives in their default state.

Paragon released the driver under the GNU General Public Licence last year. Prior to that, it was a proprietary driver and was sold commercially.

The release may have been spurred on by the fact that Microsoft's exFAT filesystem is now becoming more mainstream and the use of NTFS is decreasing.

Added Torvalds: "And I suspect we will end up moving the old kernel NTFS code into staging/ and deprecating it, and then eventually removing it completely.

"But for now (c) is just a new option and doesn't change the state of existing ones."

Asked for his reaction to the addition of this new driver, veteran Debian developer Russell Coker said he thought it was a great inclusion.

"Being able to access files from different filesystems is always useful and there's a lot of data stored on NTFS," he added. "The read-write support is good for users who dual-boot and better performance is always good."

More in this category: « Three dates, not one, to mark creation of Linux: Torvalds Four Australian teams selected as finalists in IBM 2021 Call for Code challenge »
Share News tips for the iTWire Journalists? Your tip will be anonymous