In this brave new world where cats and dogs can live together, Microsoft and Red Hat today announced OpenShift on Microsoft Azure, calling it the world’s first jointly managed OpenShift offering in the public cloud. 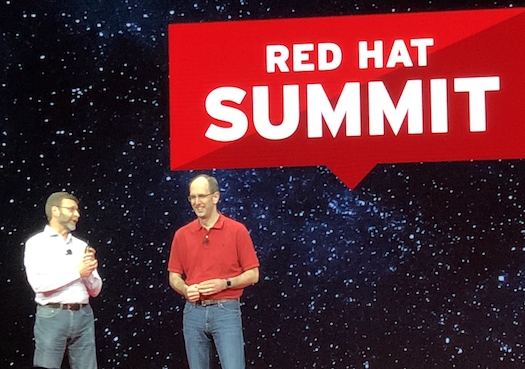 Scott Guthrie, executive vice-president of Microsoft Cloud and Enterprise Group, Microsoft, said, “what led us here is customers. How do we meet customers with where they’re at, and where they want to go and help them on that journey?”

The news means OpenShift support now exists on the Microsoft Azure Stack, bringing with it

“It comes with full enterprise thought, and a full SLA, making sure it works well. It’s really uniquely defined around this hybrid world,” Guthrie said. “The same OpenShift runs in both the public cloud in Azure and on-premises.” 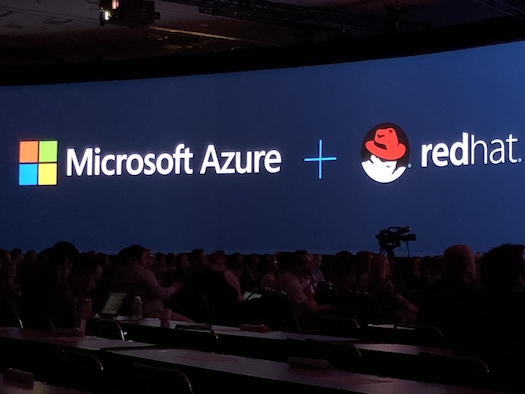 Max McClaren, vice-president and general manager, ANZ, Red Hat, spoke exclusively to iTWire and said within Australia and New Zealand the company has migrated “a lot” of SQL Server workloads from Microsoft environments onto Red Hat Enterprise Linux (RHEL) - with both Microsoft’s blessing and support.

“Microsoft’s pitch is SQL Server is much faster running on RHEL, and it’s more cost-effective on the Red Hat environment also. It’s fascinating for us and the relationship is very strong. The coming together of our value propositions in Azure is a metamorphosis for both our organisations.”

The writer is attending Red Hat Summit 2018 in San Francisco as a guest of the company.