Linux kernel now has more than 21m lines of code 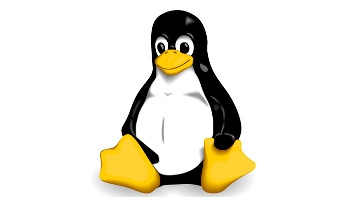 Over the 25 years of its existence, the Linux kernel has grown from 10,000 lines of code to more than 21 million, according to a report released by the Linux Foundation.

The report, authored by Linux Weekly News editor Jonathan Corbet and senior kernel developer Greg Kroah-Hartman, is the seventh such compilation. In this report, changes from the 3.19 kernel onwards are covered until the 4.7 release; the earlier six reports track changes all the way back to 2005.

The changes are tracked using a tool called gitdm, written by Corbet.

There are new kernel releases every two to three months, with new features, support for more devices and improved performance. Each release includes the work of more than 1600 developers who work for 200+ corporations.

There are also numerous contributors who work on their own and some whose affiliation is unknown. But over the years, the affiliation of kernel developers has grown. The percentage of unpaid developers was 14.6% in the 2012 report and it has now fallen to 7.7%.

Corbet and Kroah-Hartman write that this is probably due to the fact that "kernel developers are in short supply, so anybody who demonstrates an ability to get code into the mainline tends not to have trouble finding job offers".

Among the companies which made the most contributions to the development since version 3.19, Intel topped the list with 14,384 changes submitted by its developers. The top 10 on this list contributed 54% of the changes.

New developers who contributed during the period covered by the report totalled 2355, of whom 1245, or just more than half, were already working for a company when they made their first code contributions. Once again, Intel led the way with 205 new developers.

There are lots of other statistics in the report which can be downloaded free from the Linux Foundation website after registration.

More in this category: « No highs, no lows: Linus Torvalds on 25 years of Linux Melbourne to host APAC's first Hadoop Summit »
Share News tips for the iTWire Journalists? Your tip will be anonymous