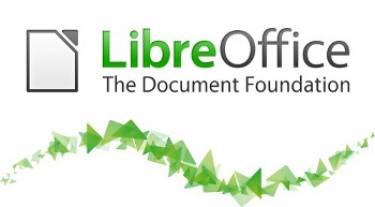 A little more than two years after it forked from OpenOffice.org, the free office suite LibreOffice has come out with a sleek and faster version 4.0.

The release said the resulting codebase differed from the original, as several million lines of code had been added and removed, by adding new features, fixing bugs and regressions, adopting state of the art C++ constructs, replacing tools, getting rid of deprecated methods and obsoleted libraries, and translating 25,000 lines of comments from German to English. All of this made the code easier to understand and more rewarding to be involved with for the stream of new members of the community.

LibreOffice is under the administration of The Document Foundation.

One of the main developers, Michael Meeks, told iTWire in response to a query: "For a consumer desktop, I think our continued file-format work is rather helpful - importing basic Publisher documents, improved cross-version Visio support - both available as Free Software for the first time. But desktop users are many and various - if you're in an Arabic/Indic/Hebrew locale the fantastic work done at KACST to make our right-to-left support significantly better is presumably massively more important - so, really it just depends what sort of desktop user you are."

Asked what was the most important change for business users, Meeks, who works for Novell, said: For SUSE's customers I guess the cumulative Microsoft format interoperability improvements on the run-up to 4.0 alone provide a significant win over early 3.x releases. It's great to see customers paying for support, and their bug fixes impacting everyone's quality and feature-set - we try to encourage large enterprises to contribute back in that way (and enjoy quality support)."

Meeks said the reference to "leaner and meaner" in the media release meant there were several significant wins in document load and save performance; for large and complex drawings, for big spreadsheets, for large text documents - so really across the board there have been performance improvements.

"There is always scope for more, and sometimes we go backwards a little - some types of documents we can't trust the word-count data for, so need to calculate that ourselves which can delay loading: that is the flip-side of having an accurate live word-count in the status bar finally - a feature tons of users (particularly journalists?) appreciate :-)," he added.

As to other noteworthy features in 4.0, Meeks said: "The foundations of new UI work done by Red Hat are just great - for the first time we have shipping layout support inside our VCL toolkit and volunteers tweaking and improving the UI - which can help with accessibility too. That is a great place to get involved with contributing - re-drawing the existing dialogs in glade and tweaking the code to improve things there. Failing that, just personalising your LibreOffice with our support for Firefox personas should be fun.

"Personally I love our Logo support - giving the opportunity for school-children everywhere to learn a fun teaching programming language instead of just creating word-processing documents in their 'computing' lessons. Of course, you'd print out a pretty picture in each case - but understand computers better (and in your native language) with logo.

"What else? The Android Impress remote is very sexy, but with a few wrinkles in our point-zero release which will be ironed out for 4.0.1 in three weeks; I'm really spoiled for choice here - there is just a lot of goodness in 4.0 to try out."

Asked how the suite was faring against OpenOffice.org which has now been gifted to the Apache Foundation by Oracle, Meeks was diplomatic. "In general we really prefer to measure ourselves against the large-scale proprietary software competition," he responded. "There, we like to hope that with our ever expanding feature-set, accelerating community and increasing brand profile that we can make a real impact on making free software office suites truly attractive cross-platform."

More in this category: « Berners-Lee visit: Linux Australia pays up Kernel developer criticises Linux over security »
Share News tips for the iTWire Journalists? Your tip will be anonymous