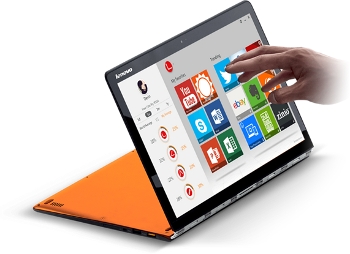 The world's biggest PC seller Lenovo has announced that it will be releasing a series of updates to the firmware in some of its signature laptops so that Linux can be installed on them.

Some of the models, as released originally, could only run Windows 10.

The models in question were unable to see Linux installed on a proprietary RAID mode that was locked by the UEFI of the laptops in question.

The firmware fixes will enable choosing the SATA Controller Mode on Lenovo laptops that are set to RAID mode.

A Lenovo spokesperson told iTWire that the company's Yoga 900/900S laptops with 360 degree hinges had specifically been designed to maximise the touch functionality of Windows 10.

"To support its Yoga products and our industry-leading 360-hinge design in the best way possible we have used a storage controller mode that is unfortunately not supported by Linux and as a result, does not allow Linux to be installed.

"Beyond the controller set-up limitation, other advanced capabilities of the Yoga design would likely not work with current Linux offerings."

It said that newer models like the Lenovo Yoga 910 convertible would come with the option to select SATA Controller Mode in the UEFI.

"We do not intentionally block customers using other operating systems such as Linux on Lenovo Yoga or any other device. Lenovo consumer PCs are designed, tested, and optimised for Windows 10," it added.

More in this category: « Debian developer completes 20 years with project Security, storage improvements claimed in Red Hat release »
Share News tips for the iTWire Journalists? Your tip will be anonymous