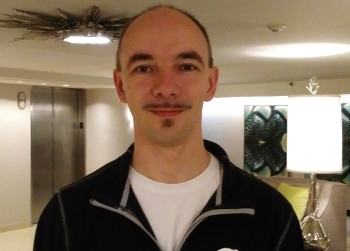 The spirit of co-operation that exists at SUSE Linux, as opposed to that of competition, is what has kept Libor Pecháček plugging away for a decade.

"I like the freedom we have," the affable Czech told iTWire on the sidelines of SUSECon 2016, the annual SUSE Linux conference being held in Washington this week. "We not only contribute ideas but there are personal relationships that make the working atmosphere very good. SUSECon is a celebration of this culture."

Live patching of the kernel has been one of the main innovations in Linux in the last two years. SUSE's implementation is known as kGraft and Pecháček has been the one who has written the kGr utilities that form the surrounding infrastructure for the process. He now maintains this toolset.

"So you need support from the build service team as well. To get it all working without breaking is what takes up most of my time and energy." 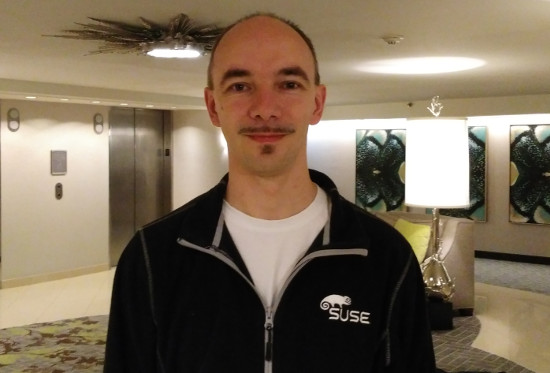 A 10-year veteran, Pecháček worked in the level three support team, leading the outfit for five years before he took on his current role.

Right now, he co-ordinates a department of 60 developers to fix tasks that devolve on him. These developers are primarily developers who have to manipulate things like filesystems and timers to improve performance.

One thing which he takes pride in is shipping the latest gcc compiler along with the stable version in the new release of SLES. He has been responsible for internal co-ordination for this process as he is an expert in internal processes.

Pecháček completed an under-graduate degree in computer science at the Czech Technical University and also studied at Charles University, the oldest and largest university in the Czech Republic.

He has been an ad hoc contributor to various open source projects, among the kernel, git and zebra, which is now known as Quagga, a routing software suite.

In his former role with level three support, Pecháček had to attend emergencies on occasion, where software had failed after deployment.

Pecháček lives in Prague with his wife and three children, one of whom is a recent arrival.

More in this category: « SUSE's Asia focus grows under new owners University of Nottingham Malaysia campus gets a pro Bro with Ruckus »
Share News tips for the iTWire Journalists? Your tip will be anonymous