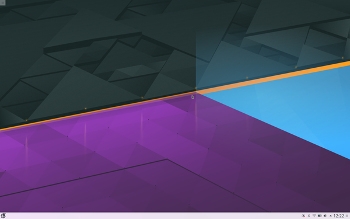 The KDE Project has released version 5.7 of its Plasma desktop, a sophisticated, modern desktop environment for GNU/Linux users.

A large number of apps that are part of KDE can also be run on Windows desktops.

The project said the new release had improved workflows, with an extension of what it calls jump list actions for faster access to some functions of an application.

Also new is the return of the agenda view in the calendar, to provide an easily accessible view of appointments and holidays that are coming up.

Changes to the volume control applet now mean that sound can be controlled on a per application basis. And the sound level can now be raised above 100%, something that has been available on apps like the vlc media player for a while.

The desktop environment has a means of restricting users' actions in order that those in a business setting are unable to make customisations to their desktop. This is implemented through what is known as a Kiosk Framework and in 5.7, there is a means of making the application launcher read-only if widgets are locked through Kiosk policies.

The run command restriction will prevent KRunner from even starting in the first place.

Veteran KDE developer Jonathan Riddell said the system tray had been rewritten from scratch while the task manager had a revamped backend.

The new release also takes major steps towards being ready for use with the Wayland window manager that is expected to slowly replace the old X window system.