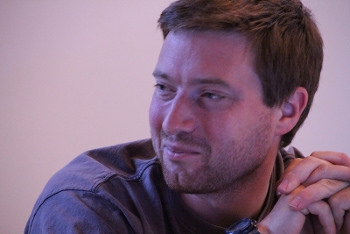 The differences that Jonathan Riddell, leader of the Kubuntu project, had with Canonical, the company behind Ubuntu, have finally led to him calling it quits.

Kubuntu is a GNU/Linux distribution funded by Canonical; it has the KDE desktop instead of Unity which is on Ubuntu. Canonical funds a number of offshoots of Ubuntu with different desktops: Lubuntu, Ubuntu GNOME, Ubuntu Kylin, Ubuntu MATE, Ubuntu Studio, and Xubuntu.

His resignation comes a day after the latest version of Kubuntu was released along with Ubuntu and other derivatives.

Riddell was asked to step down from the Ubuntu council some months ago when he questioned the IP policy that Canonical follows. He had questioned whether it was in line with that of the Free Software Foundation.

Canonical's IP policy, published in May 2013, basically states that nobody can re-use its trademarks and also stipulates that software within the Ubuntu distribution cannot be redistributed in its original form, no matter the licence under which it is released. This latter point is contested by many.

In a short farewell note, Riddell said, in part: "Community made open source software needs people to be able to take out what they've put in. Ubuntu’s licences and policies enforce this.

"However for the last three years Ubuntu’s main sponsor Canonical has had a policy contrary to this and after much effort to try to rectify this it's clear that isn’t going to happen.

"The Ubuntu leadership seems compliant with this so I find myself unable to continue helping a project that won't obey its own community rules and I need to move on.

"I won't be going far, I'll be helping out in KDE more, the original and best end-user free software community who have always been wonderful."

More in this category: « OpenBSD marks 20 years with a little help from the Beatles Mozilla launches open source support programme »
Share News tips for the iTWire Journalists? Your tip will be anonymous