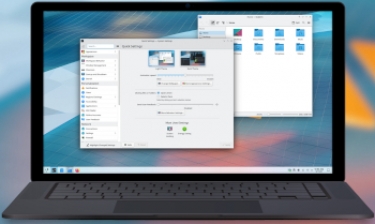 The first advanced desktop environment for Linux users, KDE, has completed 25 years in existence, a testimony to the fact that free software is very much alive and kicking.

German software developer Matthias Ettrich [seen below, right, in a photo courtesy of the KDE] kicked off the project, sending an email on 14 October 1996 to outline his aspirations.

He had one main goal: to create a graphical user environment for the end-user, or as he put it: "Somebody who wants to browse the web with Linux, write some letters and play some nice games."

The name KDE was intended to be some kind of play on CDE, the Common Desktop Environment that had been developed by HP, IBM and Sun. 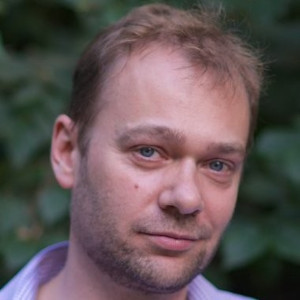 Today KDE is a very polished desktop environment. It has far exceeded the humble goals that Ettrich outlined.

There is a separate port for use on mobile phones and also a dedicated line of laptops customised to run KDE.

In 2009, the project did a bit of rebranding to differentiate the different parts of the desktop into Plasma Workspaces, KDE Applications, and the KDE Platform – they were bundled as KDE Software Compilation 4.

Later, in version 5.0, each product got its own release cycle and the three are no longer bundled together.

To mark the occasion, a number of people behind KDE are participating in so-called fireside chats.

On 25 October, Ettrich will discuss the history of KDE and also examine his perspective of what has been realised since he sent that email.

Two days prior to that, Massimo Stella of Kdenlive will have a chat about how the video editor for the DE came into being and how things are shaping up for the future of open-source film-making.

At 3am AEDT on 19 October, Nate Graham (developer and author of This Week in KDE), KDE president Aleix Pol and vice-president Lydia Pintscher will participate in a Q and A on Reddit.

Links to all these chats will be provided on this page when the time for them to be held gets closer.