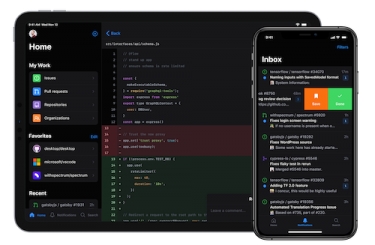 The world's largest software collaboration platform, GitHub, has released native iOS and Android apps to help developers stay in touch with teams, triage issues and merge code from anywhere at any time.

GitHub announced the mobile apps during its annual GitHub Universe conference in San Francisco last year. The apps have since gone through tens of thousands of team interactions by beta testers, with almost 100,000 pull requests in the last few weeks alone. These apps are now out of beta and available for all GitHub users, on both iOS and Android.

The iOS app has been designed to give the best experience on both the iPhone and the iPad, making use of the latter’s extra screen real estate.

With the GitHub app, you receive seamless notifications, can organise tasks in a single swipe, respond to comments, and review and merge pull requests.

Reviewing code while sitting on the couch can now be part of your natural workflow.

Sam Hunt, VP APAC at GitHub said, “The process of the successful delivery of software is really about being able to answer and work with the team, anytime and from anywhere – it's such an important part of it. The code, obviously, is super important, but code is shared, collected and put together. The decisions on what you use and how you use it is what gives you speedy innovation and development. It's a very important part of the whole process of delivering software.”

You can find the app on the Google Play and iOS App Store by searching for GitHub.