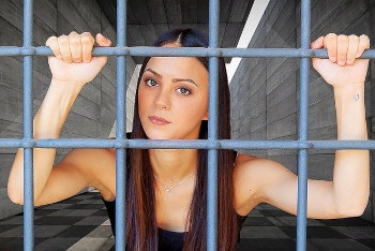 Image by Nicola Giordano from Pixabay

The Free Software Foundation has described Windows 11, the new avatar of Microsoft's desktop operating system that was launched on 6 October, as taking "important steps in the wrong direction when it comes to user freedom".

In a blog post, the organisation's campaigns manager Greg Farough said Windows 11 did nothing to mitigate "Windows' long history of depriving users of freedom and digital autonomy".

The FSF was set up by former MIT employee Richard Stallman to try and develop an operating system and other utilities that would not impinge on the freedom of users. The word "free" refers not to the price, but the ability to change and share the software as one wishes.

Farough said Microsoft was "intentionally choosing to create an unjust power structure, in which a developer knowingly keeps users powerless and dependent by withholding information".

He said the fact that Windows 11 will now compulsorily require a user to create a Microsoft account would give the Redmond-based company "the ability to correlate user behaviour with one's personal identity".

"Even those who think they have nothing to hide should be wary of sharing potentially all of their computing activity with any company, much less one with a track record of abuse like Microsoft," Farough added.

He described Microsoft's decision not to allow older PCs to run Windows 11 as a may to force every users to use the so-called Trusted Platform Module.

"This [TPM] is slightly misleading, as when it's deployed by a proprietary software company, its relationship to the user isn't one based on trust, but based on treachery," Farough claimed.

"When fully controlled by the user, TPM can be a useful way to strengthen encryption and user privacy, but when it's in the hands of Microsoft, we're not optimistic."

He said the FSF expected Microsoft to use its tighter control of cryptography in Windows 11 to impose more severe DRM — commonly known as Digital Rights Management, but which the FSF calls Digital Restrictions Management — on media and applications to ensure that no application could run without Microsoft's approval.

Farough said Microsoft had chosen to place its Teams video-conferencing application — which was not "the most beloved app in the world, as even users on Windows typically opt for a more popular (though deeply problematic) alternative like Zoom" — in "an irritatingly central place" and also integrated it closely into how Windows managed personal contacts.

Referring to all the statement about Microsoft having a love for Linux, he said this did not extend to Windows. "...in the last few years, they've [Microsoft] made an attempt to impair the ways free software makes 'life better together' further by making critical functions of Microsoft GitHub rely on non-free JavaScript and directing users toward Service as a Software Substitute platforms.

"By attacking user freedom through Windows, and the free software community directly by means of non-free JavaScript, Microsoft proves that it has no plans to loosen its grip on users."