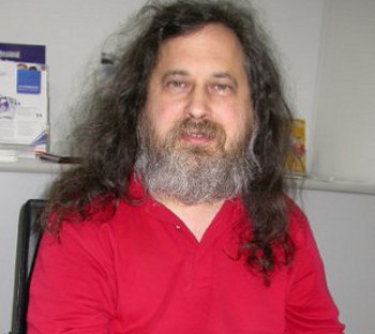 Richard Stallman: at the centre of a storm again. Sam Varghese

A number of people associated with free and open source software have written an open letter calling for Richard Stallman, the founder of the Free Software Foundation, to be removed from his position on the board, along with the entire FSF board.

Stallman stepped down from his post in 2019, following remarks he made about the victims of the late Jeffrey Epstein, an American financier and convicted sex offender.

But at the FSF's annual LibrePlanet conference on 19 March, he announced that he would be returning to the board and would not resign again.

This, predictably, sparked a reaction and there have been calls for FSF patrons to stop supporting the foundation.

The letter said: "Richard M. Stallman, frequently known as RMS, has been a dangerous force in the free software community for a long time. He has shown himself to be misogynist, ableist, and transphobic, among other serious accusations of impropriety.

"These sorts of beliefs have no place in the free software, digital rights, and tech communities. With his recent reinstatement to the Board of Directors of the Free Software Foundation, we call for the entire Board of the FSF to step down and for RMS to be removed from all leadership positions."

I'm stepping away from GnuPG. I never had any particularly important official position with them, but I did have git commit rights and was kind of proud of that. My reasons are here. pic.twitter.com/jp7X5Eahhw

On Tuesday, Robert Hansen, a contributor to the GnuPG encryption software project, said he was stepping away, citing Stallman's return to the board as the reason.

"And, should Richard Stallman resign or be removed from positions of influence in the FSF and the FSFE [Free Software Foundation Europe], I will be happy to pick up the FAQ maintainer role again."

The letter added: "We urge those in a position to do so to stop supporting the Free Software Foundation. Refuse to contribute to projects related to the FSF and RMS.

"Do not speak at, or attend, FSF events, or events that welcome RMS and his brand of intolerance. We ask for contributors to free software projects to take a stand against bigotry and hate within their projects. While doing these things, tell these communities and the FSF why."

More in this category: « FSF patrons urged to quit after Stallman returns to board Debian ponders vote as an organisation on backing Stallman's ouster »
Share News tips for the iTWire Journalists? Your tip will be anonymous