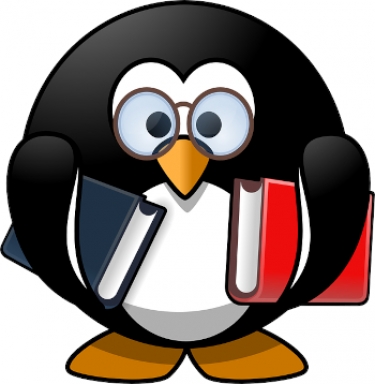 Companies that are using CentOS 8 have three options open to them as they contemplate their next move in view of the fact that only a few months of support remain for this Linux distribution.

Javier Perez, an open-source expert who has worked both with IBM and Red Hat in the past, is helping customers of his current employer, Perforce Software, to plan for a move by the end of the year.

CentOS is more or less the same as the Red Hat Enterprise Linux distribution, but with the trademarks stripped out so that it can be used without a licence.

It was created by independent developers but was bought by Red Hat in January 2014, reportedly due to fears among the Red Hat top brass that Oracle would pick up the project.

But those who were using CentOS had to reset their plans in December last year, when Red Hat announced that it would be killing off CentOS, decommissioning it at the end of this year.

At the time, Red Hat's Rich Bowen said: "The future of the CentOS Project is CentOS Stream, and over the next year we’ll be shifting focus from CentOS Linux, the rebuild of Red Hat Enterprise Linux, to CentOS Stream, which tracks just ahead of a current RHEL release."

This meant that CentOS would no longer be a stable distribution, but instead would serve as a testing ground for Red Hat. The announcement also said support for CentOS 7 would continue, but support for CentOS 8 would end on 31 December 2021.

Perez said companies using version 6, 7 or 8 of CentOS could take one of the following paths:

"Migrate to CentOS Stream to stay with a similar open source distribution, or migrate to RHEL for a commercial version. Either approach requires moving to version 8 for those environments on CentOS Linux 6 or 7.

"Migrate to a recent fork of CentOS 8; aside from Oracle Linux, there are new open source projects intended to continue advancing CentOS. Recently launched distributions include Rocky Linux, AlmaLinux, and NavyLinux.

"Migrate to another open source or commercial Linux distribution altogether. Depending on the applications, these migrations could certainly be more challenging as each Linux distribution could have different kernel and subsystem updates, plus additional or different packages (libraries). Examples include openSUSE and Ubuntu."

He said there were support options available for those who wanted to continue using CentOS 8, though only one was a long-term option.

First, there was CentOS 8 vendor support. "When CentOS 8 reaches community support end of life in December, CentOS users who want commercial support from Red Hat will need to migrate to a supported RHEL version. For those who migrate or "convert" to RHEL, the most common paths are horizontal, (e.g. CentOS 8 to RHEL 8," Perez said.

"For those undertaking a migration, RHEL advises users to book consulting services. For many organisations who left RHEL for CentOS due to pricing concerns, a move back to RHEL may not be in the budget – and paying Red Hat for the pleasure of getting there may upset some stomachs.

"For those who need to move back to RHEL and don't want to pay Red Hat for consultancy on the migration, find a vendor who can provide consultative guidance and migration services. Vendors (like OpenLogic) are offering extended support through 2026."

Limited support could also be found within the CentOS community. "Community release support with new releases and patches, would normally include the 'Full Updates' and 'Maintenance Updates'," Perez pointed out.

"This community release support will end in December 2021. Of course, the community itself isn't going away. People who have worked on CentOS Linux in the past will still exist and will still be around.

"Will they still answer questions related to CentOS Linux? Considering many of the CentOS contributors work for Red Hat, probably not. The CentOS community is effectively moving on to CentOS Stream. Regardless, relying on un-defined community support isn't feasible for most organisations unless they have an internal team with the expertise needed to backport or create patches and bug fixes."

"This isn't a permanent solution, of course. But for companies who have just performed a costly and/or time-consuming migration, performing another migration so soon may not be in the picture. For them, supporting their CentOS implementations until they can plan for a migration will be the more cost-effective, albeit temporary, solution."

More in this category: « Debian releases new stable version after two years of work Three dates, not one, to mark creation of Linux: Torvalds »
Share News tips for the iTWire Journalists? Your tip will be anonymous