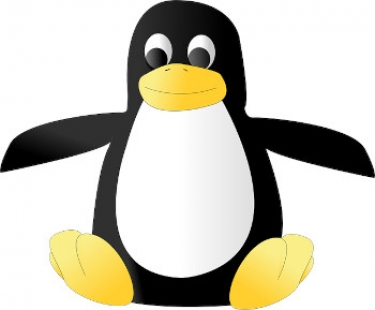 The American software company Xinuos, created in 2011, has sued IBM and Red Hat over alleged anti-trust violations and copyright infringement, and claims that Big Blue has been misleading its investors since 2008.

According to Wikipedia, "Xinuos develops and markets the Unix-based OpenServer 6, OpenServer 5, and UnixWare 7 operating systems, which have a long history in the marketplace, with prior owners being the Santa Cruz Operation and The SCO Group, as well as the newer OpenServer 10 operating system, which it developed upon a base of FreeBSD".

This case is reminiscent of the one that SCO filed against IBM in 2003. In 2015, after lying dormant for nearly five years, that case reappeared on the docket of the US federal court in Utah.

In a statement issued on Wednesday, Xinuos, which is based in the Virgin Islands, alleged that "IBM and Red Hat, using wrongfully copied software code, have engaged in additional, illegal anti-competitive misconduct to corner the billion-dollar market for Unix and Linux server operating systems".

Xinuos president and chief executive Sean Snyder said: "“While this case is about Xinuos and the theft of our intellectual property, it is also about market manipulation that has harmed consumers, competitors, the open-source community, and innovation itself.”

"Xinuos’ UnixWare 7 and OpenServer 5 and 6 server operating systems were popular because they were stable, reliable, and easy to manage," it said.

The complaint alleges that IBM then took unlawful steps to improve its market position and safeguard its business from competition.

“First, IBM stole Xinuos’ intellectual property and used that stolen property to build and sell a product to compete with Xinuos itself," it said.

"Second, [with] stolen property in IBM’s hand, IBM and Red Hat illegally agreed to divide the relevant market and use their growing market powers to victimise consumers, innovative competitors, and innovation itself.

"Third, after IBM and Red Hat launched their conspiracy, IBM then acquired Red Hat to solidify and make permanent their scheme.”

The complaint also claims IBM has misled its investors for more than a decade about its rights to use Xinuos’ code: "IBM has made demonstrably and materially misleading statements in securities filings about its ownership interest in the Code," it said.

"In every annual report filed with the SEC since 2008, IBM has represented that a third party owns all of the UNIX and UnixWare copyrights, and that this third party has waived any infringement claim against IBM. These self-serving representations are demonstrably false and misleading to investors and potential asset purchasers.”

IBM’s and Red Hat’s alleged conspiracy is also detailed. “Thereafter, IBM and Red Hat… divided the market for enterprise clients to protect IBM’s precious high-end server, software, and services business, they promoted each other’s operating system products, and they granted each other special technical access and abilities that were not made generally available and from which Xinuos and others were specifically excluded. These bad acts continue to this day.”

“By dominating the Unix/Linux server operating system market, competing open-source operating systems, like our FreeBSD-based OpenServer 10, have been pushed out of the market,” said Snyder. “This prevents developers and consumers from receiving the benefits that these products have to offer.”

SCO sued IBM in March 2003, alleging that the latter had violated a contract it had with SCO by providing code owned by SCO to the Linux kernel. SCO also claimed that Linux was an unauthorised derivative of UNIX.

SCO's claims were initially defeated in August 2007 when a judge ruled that it did not own the copyrights to UNIX. However, the company appealed and obtained a jury trial.

That went against SCO in March 2010, when a jury reaffirmed that Novell owned the copyrights to the UNIX. SCO sought a re-trial on the grounds that the jury's verdict was not in line with the evidence presented in the case.

That bid was turned down in June 2010 and at that stage it looked like SCO would have to give up its bid to sue IBM over contract violation.

More in this category: « FSF executive director steps down amid row over Stallman More resignations at FSF over Stallman returning to board »
Share News tips for the iTWire Journalists? Your tip will be anonymous