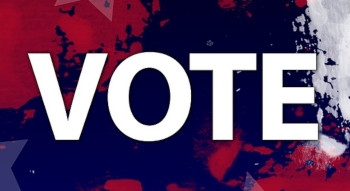 The Debian GNU/Linux project has a lack of leadership, veteran developer Martin Michlmayr says, adding that while there are many talented people in the project, members are afraid to make or propose changes, especially big, far-reaching ones.

Michlmayr made the comments as part of his platform for the leadership elections; he and four others are contesting for leader of the project, with the campaigning period running until 6 April. Nominees also take part in online debates as part of pushing their claims to the post of leader.

He said that he had not been active in Debian of late but believed that the role of DPL should have three sides to it: administrator, facilitator and leader.

Having been the DPL in 2003 and 2004, Michlmayr said he was familiar with the role. "If I didn't believe in Debian, I wouldn't run in this DPL election. I acted as DPL before and know how difficult being the DPL can be sometimes. Yes, I see severe problems in Debian, but I firmly believe that together we can solve them!" he added.

Michlmayr pointed out that the open source world had fundamentally changed in the last five to ten years in many ways.

"Yet, if you look at Debian, we mostly operate the same way we did 20 years ago. Debian used to be a pioneer, a true leader. Package managers, automatic upgrades, and packages builds on 10+ architectures — they were all novel, true innovations at the time. The only significant innovation I can think of that came out of Debian in recent years are reproducible builds. Reproducible builds solve an important problem and the idea has spread beyond Debian to the whole FOSS world."

Another candidate, Joerg Jaspert, said the role of DPL was not to find technical solutions to problems faced by the project, but rather to enable others to solve challenges.

"The DPL should work [on] removing blockers and let developers get on with their jobs," he said. "It's also the job of the DPL to listen. And be guided by the community."

Jaspert said Debian did not only consist of packaging and similar technical activities, "we have a lot of other contributions that are equally important".

"We need to encourage more people who aren't well versed in the technical work to contribute in various non-technical ways. That can range from writing documentation, translations, help with the website, design work, help users with their problems or representing Debian at events. Or organising such events, like BTS or local 'miniconf' gatherings. All of that is as important as the packagers work."

He pledged to work with anyone who wanted to improve processes within the project "to identify non-trivial bottlenecks, to reduce our complexity and to improve communication between teams, where needed".

Jonathan Carter, a third developer who has thrown his hat in the ring, said he had broad goals in the event that he was elected.

"My intention is not to pursue big, hairy and audacious goals. Instead, I aim to improve communication to help enable our community to fix existing problems and help make ideas flourish," he said.

"I want to promote polish and help drive better quality all over Debian, whether that's in our final products or community processes."

Carter said he wanted Debian to be an attractive project in which to participate.

"Every Debian developer should be outright proud to be associated with the project. The above might come across as playing it safe, and not being very ambitious, but I think big things can be achieved with baby steps and I hope to convey that in my platform," he added.

His high-level goals were listed as: not intending to solve every problem in Debian during this term; not treating the role of DPL as purely administrative; to be an enabler; to make community processes a first-class citizen in Debian; make the DPL more approachable; promote new ideas and experimentation; foster the community; and follow the principle that small details mattered.

Keeping Debian a fun project was the main aim of a fourth candidate, Sam Hartman. He advocated listening without escalation, quick decision-making, explaining what Debian was to other organisations and the media, speaking at conferences, supporting free software, supporting any ongoing efforts and approving expenditure as and when needed.

Hartman said he preferred that the responsibilities of DPL were discharged by a team.

"I think a team could help me in the following areas," he said.

The fifth candidate, Simon Richter, has not yet put his platform priorities online.

Voting for the DPL take place from 7 April to 20 April.

More in this category: « SUSE acquisition by EQT complete, company repositions for growth LibreOffice releases point version to fix bugs »
Share News tips for the iTWire Journalists? Your tip will be anonymous