No candidates three days before nominations for Debian leader end 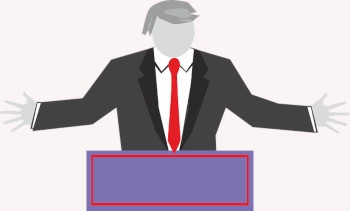 The Debian GNU/Linux project may soon have to come up with a solution to the lack of any candidates for the post of project leader, with nobody having thrown their hat into the ring as yet after nominations opened on 3 March.

Nominations close on 16 March, after which there is the usual campaigning period and finally the vote itself which takes place between 7 and 20 April.

The incumbent leader, Chris Lamb, has held the post for two years.

Australian Daniel Pocock, who is not a developer but who wished to contest for the post, told iTWire that he had been blocked from doing so.

Pocock, who is from Melbourne but currently lives in Lausanne, said the Debian constitution did not require a candidate for the role of leader to be a developer.

He claimed mail to the mailing lists for Debian-Vote were being censored and while mails supporting his candidature had been blocked, others that were against him standing had been published.

"Everybody else sees me as a Debian Developer. When I go to conferences, people stop me in the corridor and ask 'are you Daniel Pocock from Debian?, he said. "Sometimes people even recognise me in the street.

"I've been doing things with Debian for over 20 years, so the people who are trying to suggest that their little tricks, trying to quietly delete me, make me less of a developer are only making themselves look foolish and spiteful."

On his website, he posted a screenshot of an email sent to him by Lamb which can be seen below. 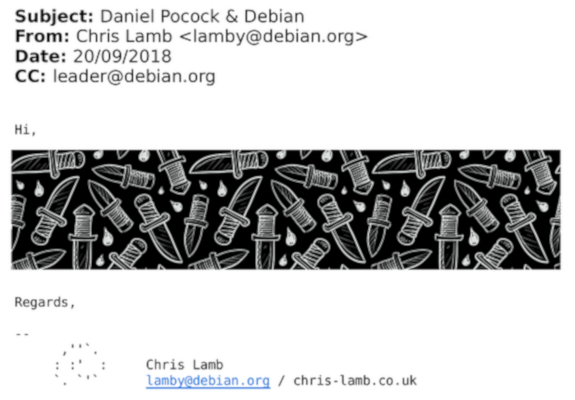 The lack of candidates could be tied to the fact that one developer has been demoted during the past year, for making statements that were deemed unsuitable.

Norbert Preining was sent a notice on 17 December by the account manager team, citing a number of emails that he had sent to various Debian mailing lists.

Debian developers are able to contribute their blog posts to a site called Debian Planet and the posts are aggregated on this site.

Preining made a post on his blog on 21 September about the controversy around Linux creator Linus Torvalds last year and his blog was delinked from the Planet site by Lamb.

iTWire contacted Lamb to ask for his take on the Preining issue, but he responded: "Debian's constitution implies that the leader has no direct control over membership status within the project — rather, this is delegated to the account manager team."

An email to the account manager team has gone unanswered.

More in this category: « OpenShift platform seen as biggest IBM gain from Red Hat acquisition Finally, one dev puts hand up for Debian leader post »
Share News tips for the iTWire Journalists? Your tip will be anonymous