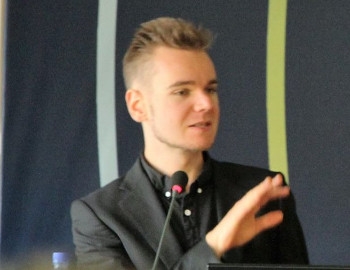 Chris Lamb: "We are committed to making these [modules] available under an open source licence permanently, and welcome community involvement." Supplied

Debian GNU/Linux developer Chris Lamb is taking the fight to those pushing the Commons Clause, a non-free licence, by setting up a two-man team to fork modules that add functionality to the in-memory database Redis, after the company that makes Redis put the modules under this licence and started to charge for them. Lamb is the current leader of the project but said he was doing this in a private capacity.

The Commons Clause licence prevents anyone from selling software, something which all licences that qualifiy as open source do not prohibit. It is specifically aimed at companies like Amazon which make use of free and open source software but pay nothing for it.

Lamb told iTWire: "...the short version is that with the recent licensing changes to several Redis Labs modules making them no longer free and open source, GNU/Linux distributions such as Debian and Fedora are no longer able to ship Redis Labs' versions of the affected modules to their users."

His little project to provide open-source versions of the modules in question has been started along with Nathan Scott, a developer at the Fedora project, a community GNU/Linux distribution sponsored by Red Hat.

As ITWire  reported earlier this month, the chairman of the Free Software Foundation, Richard Stallman, has described the Commons Clause licence as "ill-named" because it is a non-free licence that does not provide the four freedoms mandated by the FSF.

The company behind this license is named Fossa.io and led by one Kevin Wang. Another primary supporter is a venture capitalist named Salil Deshpande.

Neither Deshpande nor Wang have any history with free software or open source software. The Commons Clause licence has been drafted by respected open-source lawyer Heather Meeker but iTWire understands that she does not back the licence.

When Redis Labs, the company behind Redis, added the Commons Clause, there was an element of confusion created because of the use of the word "Commons" which evokes thoughts of the Creative Commons Licence. Some of the Redis modules are now claimed to be "Apache 2.0 modified with Commons Clause", which again is confusing because all licences from the Apache Software Foundation qualify as open source licences.

Lamb, who is now in his second year as leader of the Debian project, said that as a result of these modules being restricted, he and Scott had begun working together to create a set of module repositories forked from the state before the licence change.

"We will maintain changes to these modules under their original open source licences, applying only free and open fixes and updates," he said. "We are committed to making these available under an open source licence permanently, and welcome community involvement."

More in this category: « NGINX launches expanded partner network KDE chalks up another year with cash to back community »
Share News tips for the iTWire Journalists? Your tip will be anonymous