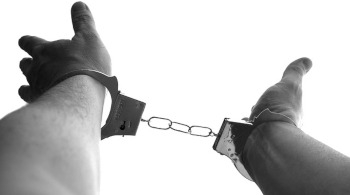 Free Software Foundation chairman Richard Stallman has described the Commons Clause licence as "ill-named" because it is a non-free licence that does not provide the four freedoms mandated by the FSF.

Stallman was responding to queries from iTWire about the Commons Clause licence, which surfaced earlier this year.

The company behind it, Fossa.io, was contacted by iTWire on Monday after hearing that some changes were contemplated in the licence which has received no support from any of the organisations that judge whether a licence is an open-source one or not.

But the company, which is led by one Kevin Wang, has not responded.

The four freedoms that Stallman referred to are:

The licence devised by Stallman, the GNU General Public Licence — the Linux kernel is released under version 2.0 of this licence — offers all these four freedoms.

Said Stallman: "That businesses must have the same software freedoms as individuals is a decision I made based on compelling reasons. I don't consider businesses fundamentally important, as people are.

"But we want computer manufacturers to ship their computers with the GNU operating system; therefore, if a program does not allow commercial redistribution, we can't accept it into the GNU system. It makes no sense to call a program 'free' if its legal restrictions prevent including it in a free operating system."

The Commons Clause licence prevents anyone from selling software. It is specifically aimed at companies like Amazon which make use of software but pay nothing for it.

One company, Redis Labs, which produces an open-source in-memory database, has adopted the Commons Clause; enterprise modules that add functionality to the base program are now only available for a fee.

One of the main backers of Commons Clause, is a venture capitalist named Salil Deshpande who wrote about it, claiming that it stops "open-source abuse".

He defined it this way: "What Commons Clause prevents is the running of a commercial service with somebody else’s open-source software in the manner that cloud infrastructure providers do."

But no licence that qualifies as a free software licence or an open-source one places any such limitations on an application.

Stallman said: "A developer cannot apply the 'Commons Clause' on top of the GNU GPL version 3 or GNU AGPL version 3, because those allow only a specific limited set of added requirements. If a program comes with any other added requirement, you are free to strip it off, as stated in section 7."

What has added to the confusion is the use of the word "Commons" which evokes thoughts of the Creative Commons Licence. Some of the Redis modules are now claimed to be "Apache 2.0 modified with Commons Clause", which again is confusing because all licences from the Apache Software Foundation qualify as open source licences.

Neither Deshpande nor Wang have any history with free software or open source software. The Commons Clause licence has been drafted by respected open-source lawyer Heather Meeker. iTWire understands that she does not back the licence.

More in this category: « For SUSE, music drives home the open source message Rancher release offers new features for container management »
Share News tips for the iTWire Journalists? Your tip will be anonymous