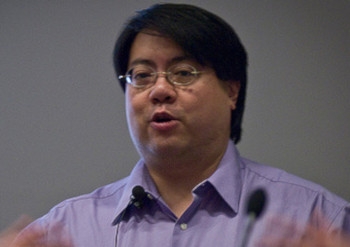 Ted Ts'o: claims of a ban on his attending LCA have been denied. YouTube

Claims that Linux Australia has a ban in place on well-known kernel developer Ted Ts'o attending the organisation's annual national conference — which is known as LCA — have been denied by LA president Kathy Reid.

The claims were made by ex-kernel developer Sage (formerly Sarah) Sharp in a blog post a few days after Linux creator Linus Torvalds announced he was taking a break from leading the kernel development project in order to obtain professional advice about his behaviour issues.

In the wake of Torvalds' decision — claimed to have been prompted by an article in The New Yorker — the project announced that its existing code of conflict would be replaced by a code of conduct.

Referring to the latter code, Sharp wrote: "It’s also important to note that four of the Linux Foundation Technical Advisory Board members did not sign off on the new Code of Conduct. One of them is Ted Ts'o, who was banned from Linux Conf Australia for questioning rape statistics on the conference mailing list."

Sharp cited a blog post to justify the claim of a ban on Ts'o attending LCA, but the post makes no mention of any ban.

On 23 September, Brisbane-based free software developer Anthony Towns raised the issue of Ts'o on the Linux Australia mailing list, asking whether the claim made by Sharp was true.

"I had noticed he (Ts'o) didn't seem to be at LCA as much any more, but looking now it seems like he hasn't given a talk at any LCA since 2011 in Brisbane, which was the incident mentioned above," Towns wrote.

"I'd kind of figured that Ted just didn't find LCA as fun anymore, especially given [former kernel developers] Valerie Aurora and Matthew Garrett did a big PR thing in Oct 2012 attacking him as a rape apologist based on the Jan 2011 thread. I can see how you'd see that and say 'you know, these aren't my people' and not want to visit even without a ban."

Aurora has also taken aim at Ts'o in a series of tweets.

Reid responded to Towns' query on Sunday, writing: "LA Council is not aware of any ban, nor can we find evidence of any ban previously being in place."

In 2011, Ts'o made some comments on the mailing list of that year's conference. These were later interpreted by Aurora to call him a "rape apologist". That was picked up by Garrett and used to whack Ts'o.

In response to these claims, Ts'o denied that he had ever believed that rape is not a problem.

Ts'o, the main developer of the ext4 filesystem, works for Google.

More in this category: « Torvalds offers his take on code of conduct and past outbursts For SUSE, music drives home the open source message »
Share News tips for the iTWire Journalists? Your tip will be anonymous