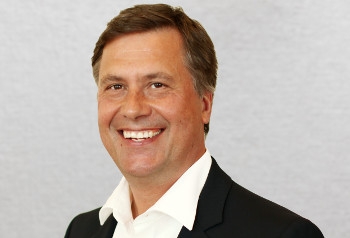 Germany-based SUSE Linux has gone through its fourth sale in the last 15 years, with the new owner, Swedish growth investor EQT, having acquired the company from current owner, Britain's Micro Focus, for US$2.535 billion, with the UK firm using the proceeds to repay part of its existing debt.

This means that SUSE will once again be a standalone business, as it was under Attachmate, its owner before the British-based Micro Focus came into the picture in late 2014. The deal is expected to be finalised in the first quarter of 2019.

SUSE, the company behind the oldest Linux distribution, was first bought by Novell in 2003. It was then acquired by Attachmate in 2010 and taken private, when the company bought Novell.

In 2014, Micro Focus acquired SUSE from Attachmate along with the other properties that were part of Novell. The amount that Micro Focus will earn from the SUSE sale is more than what it paid for Attachmate as a whole – US$2.35 billion.

The main reason for the sale could be the problems that Micro Focus is having in bedding down its latest acquisition, the software assets of HPE, for which it paid US$8.8 billion, a merger which was completed in September 2017.

There has been one constant for SUSE since the purchase by Attachmate – chief executive Nils Brauckmann who is set to continue in the role under new owners, EQT, a leading investment firm with approximately €50 billion in raised capital across 27 funds. EQT has portfolio companies in Europe, Asia and the US with total sales of more than €19 billion and approximately 110,000 employees.

“Today is an exciting day in SUSE’s history. By partnering with EQT, we will become a fully independent business,” said Brauckmann.

“The next chapter in SUSE’s development will continue, and even accelerate the momentum generated over recent years. Together with EQT we will benefit both from further investment opportunities and having the continuity of a leadership team focused on securing long-term profitable growth combined with a sharp focus on customer and partner success.

"The current leadership team has managed SUSE through a period of significant growth, and now, with continued investment in technology innovation and go to market capability, will further develop SUSE’s momentum going forward.”

In a statement meant for internal consumption, Micro Focus said it believed the sale represented "a highly attractive enterprise valuation for the SUSE business at approximately 7.9x revenue and 26.7x Adjusted Operating Profit of the SUSE business for the 12 months ended 31 October 2017".

SUSE was breaking even during its Novell days, but began to report profits after it was given independence by Attachmate as a private company. After it became part of Micro Focus and thus a public entity, little has been heard of its individual financials.

More in this category: « New SUSE enterprise Linux release designed to be modular Red Hat APAC Partner Conference starts today with 'Stronger Together' theme »
Share News tips for the iTWire Journalists? Your tip will be anonymous