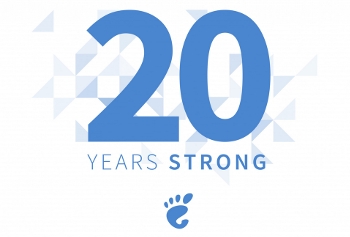 The GNOME Desktop project has celebrated its 20th anniversary with a party in Orinda, California on 29 July, a day that happens to be the birthday of project co-founder Federico Mena Quintero.

Founded on 15 August 1997 by Mena Quintero and Miguel de Icaza, GNOME has grown to become one of the two more widely used desktop environments by Linux users. 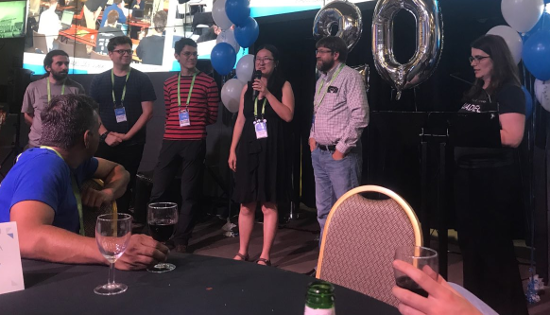 Rosanna Yuen, the first woman to submit code to the GNOME Project and the project's director of operations, speaks during the 20th anniversary celebrations. Also in the picture are (from left) are Carlos Garnacho, Garrett LeSage, Federico Mena Quintero (seen cutting a cake below), Jonathan Blandford and former GNOME executive director Karen Sandler

The project was started because the main desktop environment existing at the time, KDE, was based on QT, a library that was not released under a free software licence.

Version 1.0 was released in 1999. Since then there have been 33 stable releases.

The project has set up a website to provide a more detailed history of the project, along with some fun facts. 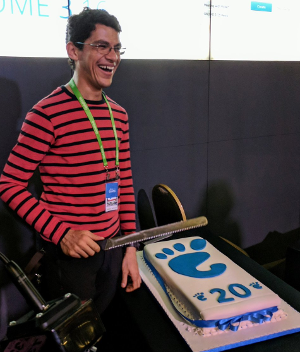 The upcoming version of GNOME 3.26 or Manchester is scheduled for release in September.

The GNOME project has more than 6000 contributors, and includes about eight million lines of code.

The name GNOME is an acronym for GNU Network Object Model Environment.