SUSE still has spirit of a start-up: kernel guru 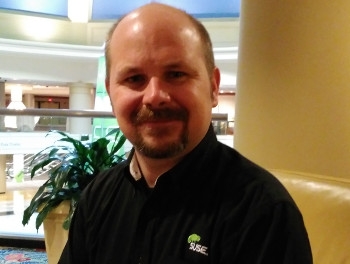 The head of kernel development at SUSE Linux, Vojtěch Pavlík, says it is remarkable that the company has managed to grow its numbers as much as it has and still retain the same spirit that many start-ups have, where anyone can influence the direction it takes.

Pavlík said that the change of ownership from Novell to Attachmate in 2011 had meant that SUSE went back to its roots and operated under its own brand. This philosophy had been pursued even more vigorously by Micro Focus which bought the Attachmate group in 2014.

He mentioned the philosophy that exists at SUSE in the context of a question about who had been behind the push to develop 64-bit Linux customised for the ARM platform.

"At SUSE, anyone can propose an idea that will bring about a tech development. What matters then is how well that person is able to persuade others that it is a good and viable idea that will help the company's overall direction," Pavlík said, during a chat on the sidelines of the SUSECon 2016 conference that is being held in Washington DC this week.

"With Micro Focus, the company has grown in size. We have more resources and more people; my unit when I last spoke to you (in 2014) was about 50, we have now grown to 70-odd," he said. "But that same spirit persists: anyone can bring in an idea and if it makes sense, then it will be adopted." 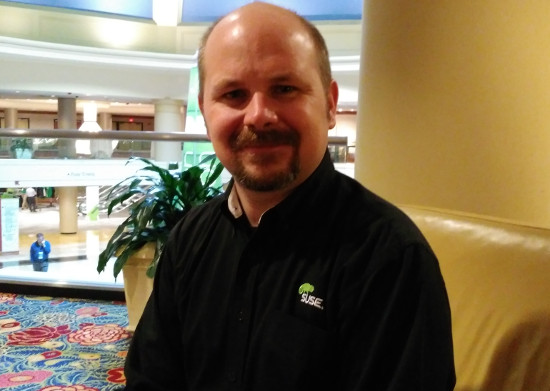 Pavlík was the man behind the company's live patching solution, kGraft, which makes it possible to patch a kernel without having to take a machine down. Asked about this, he said that while SUSE's solution had been provided to customers over the last two years with great success, it would be some time before a single generic live-patching solution was available for the upstream kernel.

Red Hat also has a kernel patching solution, called kpatch, and Pavlík said the ultimate aim was to combine the two solutions and create one which would then become the standard for all.

"Both solutions need some clean-ups inside the kernel," he said. "The Red Hat solution needs a reliable stack unwinder. One needs to know the point at which a system crashes and this has not been working reliably in the kernel."

He said kGraft needed annotation of kernel threads in order to know the point at which each thread had left the kernel. "But each process never leaves the kernel so we need to put markers on the threads to say it is safe at that point to switch to the new process after patching," he said.

Towards this end, work was proceeding on a new kernel API that had been merged with the upstream kernel. Kernel threads were now being converted to the API, he said.

Pavlík was confident that the work would be completed within a year. "The next step is to create a joint solution called kernel live patch or KLP. Both SUSE and Red Hat will switch to this and will not be a big change for either."

Asked about other notable technological developments at SUSE, Pavlík pointed to the development of an enterprise distribution that ran on ARM, a new architecture. SUSE has been running ARM in-house for the last two years.

He said as far as enterprise use went, it could be used in high-performance computing. Many super computers were based on custom designs. Fujitsu's K supercomputer, for example, was using SPARC processors with custom floating point units and a very high-speed interconnection unit known as Torus fusion or Tofu.

Pavlík said Fujitsu was aware that the next generation of K would require a lot of development as far as SPARC was concerned. Hence a switch to ARM was likely. "With ARM64, you can run Linux," he said.

Another use case in HPC was with cheap supercomputers that were based on GPU computing. These needed Intel servers and one ended up with one GPU to one CPU socket. Only half of the power for which the system was designed could go to the GPU.

"If an ARM CPU is present, it can move data in and out of the GPU, The ARM CPU runs a lot cooler and power consumption is a tenth of the Intel CPUs," he said, adding that both NVIDIA and AMD were creating GPUs with ARM included and Linux could be run on these.

Another use case Pavlík pointed to for supercomputing appliances was typical SAN and NAS devices. He said SUSE was supplying its enterprise Linux to major commercial vendors who were using Intel CPUs right now. These vendors could save power by switching to ARM.

Pavlík said SUSE had a very good position when it came to high-performance computing. "Among the Top500, the most common Linux used is SUSE. Some major vendors use SUSE and brand it as their own."

He said SUSE was a stalwart in this area because of its robustness; "our bog standard SLES can run on HPC units".

SUSE is now a member of the OpenHPC consortium and "we will add an HPC module to make deployment of SUSE on super-computers a lot easier," he said.

More in this category: « SUSE's enterprise Linux gets a big upgrade SUSE plans container as a service platform »
Share News tips for the iTWire Journalists? Your tip will be anonymous