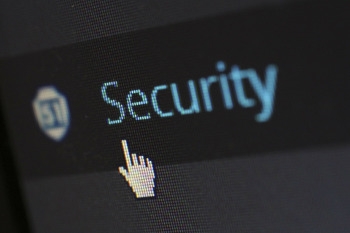 The systemd project is yet to release a fix for a bug that was disclosed on 28 September but at least one GNU/Linux distribution has patched the same.

The bug, allowing a user to crash a system by using a short command as an ordinary user, was disclosed by a developer named Andrew Ayer.

After running this command, according to Ayer, "You can no longer start and stop daemons. inetd-style services no longer accept connections. You cannot cleanly reboot the system. The system feels generally unstable (e.g. ssh and su hang for 30 seconds since systemd is now integrated with the login system)."

Systemd was initially meant to be an init system to replace the older SysV system and many GNU/Linux distributions have adopted it. However, systemd has now taken over many other functions in a Linux system and has attracted a lot of criticism over this.

A great deal of the criticism has also come due to the attitude of the developers, mainly the primary developers Lennart Poettering and Kay Sievers.

The Ubuntu distribution released a fix for the problem on 29 September. Debian has released a fix in its unstable stream; it will take a few days to work its way to the testing stream.

Asked for his opinion about the severity of the bug, senior Debian developer Russell Coker told iTWire: "The Debian SE Linux policy doesn't permit a confined user to write to that socket which prevents the most likely use cases of that exploit. Note that users are unconfined by default so the default policy will allow them to do this. A system running as a university shell server or similar should have all non-administrative users running as user_r to prevent such attacks."

Russell has been a contributor to the SELinux project, a patch for the Linux kernel to add security features and patches to applications to allow them to determine the security domain in which to run processes. It was initially developed by the US National Security Agency.

Asked whether people would bother with this bug, as most hackers tend to operate for financial gain these days, Russell replied: "While financial gain gets a lot of publicity there are many other motivations. The most obvious use of this exploit is for a local DOS attack on a multi-user system. I expect that more than a few university shell servers have had problems since this was publicised. The advantage of this exploit over other attacks (such as a fork bomb) is that it won't make it obvious who launched the attack.

"It is conceivable that a Web server could have a security flaw that permits running programs such as systemd-notify but doesn't permit other easy DOS attacks (like a shell or perl script doing a fork-bomb). But that situation would be very uncommon. This bug is easy to mitigate, a single chmod command will do it."

Veteran systems administrator Craig Sanders said he could not comment as he knew almost nothing about the bug.

However, he said this sort of thing happened from time to time and usually got fixed pretty soo.

When iTWire pointed out that exploiting this bug was unlikely, as it would yield no financial gain — the main reason why systems are targeted these days — the Melbourne-based Sanders said there would always be trolls and vandals. "And targetted hacking too, e.g. to take down the servers or website of a competitor or someone you dislike/disagree with," he added.

More in this category: « New beta of openSUSE Leap has latest KDE release HPE hardware to shore up Debian infrastructure »
Share News tips for the iTWire Journalists? Your tip will be anonymous