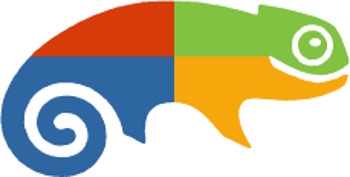 The Germany-based SUSE Linux and Microsoft have inked a new deal that focuses on the public cloud business and has updated terms and commitments, according to Kristin Kinan, global alliance director for public cloud at SUSE.

This supercedes earlier agreements between the two companies, Kinan said, in response to queries from iTWire.

Microsoft and SUSE signed a patent-licensing deal in 2006, at a time when SUSE was operating under the Novell umbrella in the US. Novell was acquired by the Attachmate Group in 2010 and later sold to the British mainframe company Micro Focus in 2014. From the time of the Attachmate purchase, SUSE went back to operating as an independent business unit in Nuremberg as it had been before it was first bought by Novell in 2003. In July 2011, Microsoft announced the SUSE deal would be extended till 1 January this year.

Last year when Microsoft was asked about the continuation of the deal, the company refused to say anything openly. The 2006 deal did not go down well with the free and open source software community and one prominent developer, Jeremy Allison of the Samba project, left Novell in protest.

Asked whether Microsoft had been ignoring SUSE in recent times, with its deals focused on SUSE's competitors Red Hat and Canonical, Kinan replied that SUSE had launched offerings during the Microsoft Azure preview in 2012 and had been engineering solutions with the Microsoft Open Source Technology Centre and Azure Engineering ever since.

Questioned whether Microsoft had tied up with SUSE in 2006 from a position of strength while its deal with Red Hat in 2015 came from a comparative position of weakness, Kinan replied: "Microsoft’s Linux business has grown to over 22 to 25% of their public cloud business, demonstrating customer commitment to Linux. Their investment in open source solutions, selling initiatives and partnering has exceeded our expectations."

More in this category: « Red Hat open source awards for two women Debian founder Murdock hanged himself: report »
Share News tips for the iTWire Journalists? Your tip will be anonymous