Fed up with systemd and Linux? Why not try PC-BSD? Featured 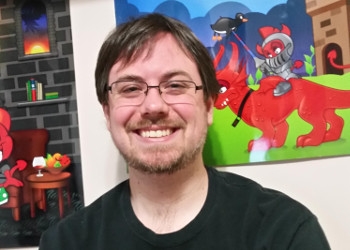 With the growing adoption of systemd, dissatisfaction with Linux has reached proportions not seen in recent years, to the extent that people have started talking of switching to FreeBSD.

Talk is all very well as a means of making a threat, but how difficult is it to actually make the move? Has Linux moved so far ahead that switching systems will mean one has to do without many applications that one has gotten used to?

iTWire spoke to Kris Moore (pictured), one of those deeply involved with the PC-BSD project. Moore also works with iXsystems, a company that sells hardware loaded with FreeBSD and PC-BSD.

Moore said initially there should be an understanding of what PC-BSD actually was. "First of all, I'm going to reference PC-BSD a lot here, but you need to understand that PC-BSD isn't a fork per se, it's just vanilla FreeBSD kernel/world with some unique installation options and a slew of graphical or command-line utilities to make FreeBSD on the desktop 'easy'," he said.

"So pretty much everything I mention can be done from an official FreeBSD install, but would require a lot more manual effort.

PC-BSD on the desktop was quite close to Linux as far as an end-users perspective was concerned, Moore said. "At first glance it may even be difficult to tell them apart, we have almost all the same open-source software available.

"In the case of desktops, PC-BSD includes 'out of the box' support for installing KDE4, GNOME3, XFCE, LXDE, Lumina, Mate, Cinnamon and even the more 'niche' WMs, like Awesome, FVWM, Ratpoison, I3, etc." 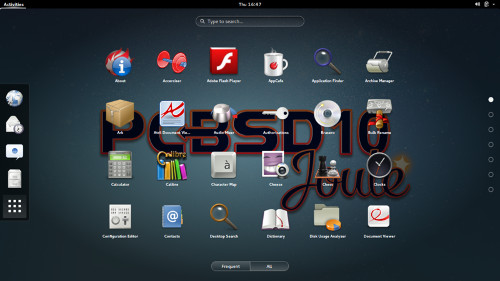 The only thing that one would have to forgo is Unity. The rest all have related BSD packages. "In addition PC-BSD allows you to install more than one of these, so you can mix and match to your heart's content," Moore said.

All the system-config utilities are all Qt5-based, and do not rely upon a specific desktop to function.

Moore said there was plenty of software for other uses too. "For the 10.1.1 release we have some 23,993 software packages available in binary package form, all made possible with PKGNG and FreeBSD's excellent ports system. A great site to browse through this collection is FreshPorts.

"While FreeBSD also has the same binary packages, the PC-BSD project compiles our own set for use in PC-BSD desktops, mainly so we can enable options and meta-packages which make more sense for a desktop user. In this package collection you will find most of the same applications you would on Linux, such as FireFox,
Chromium, LibreOffice, Gimp, Plex and VirtualBox to just name a few."

Moore said the software collection also included packages for non-open source items, like Adobe Flash player (included out of the box in PC-BSD), the NVIDIA drivers (also included) and others.

"In the PC-BSD world, our attitude towards binary-only packages is agnostic, we only want to make as many packages available for end-users as possible," he said. "The user, we trust, is smart enough to determine what they want to run on their system. In the case of the NVIDIA driver, it often will 'just work' for most systems, we've even seen benchmarks saying it outperforms in FPS than the same driver on Linux so we fully-understand why an end-user would want to run it." 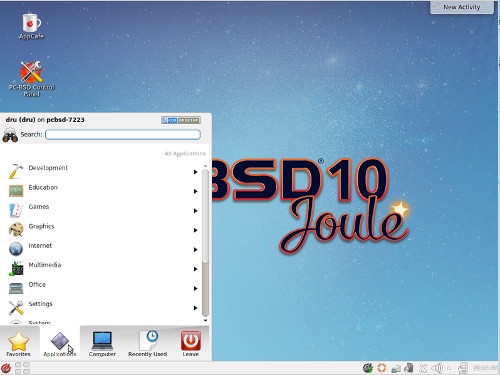 The latest KDE on a PC-BSD system.

On the hardware front, Moore says things such as sound and wired networking usually 'just work'. "Where the platform stumbles a bit is in the poor or missing driver support for some wireless devices — Broadcom being a good example — and open-source video drivers."

He said right now Intel video was missing support for Haswell/Broadwell, but that support should be landing in the upcoming 10.2 release later this year. "The AMD video drivers are starting to catch up, but I'm not an AMD user, so I can't speak to the specifics of which chipsets. Using the NVIDIA drivers is a different story, where just about anything 'off the shelf' works."

Asked about the installation of PC-BSD, Moore said it usually involved just a couple of clicks to select some defaults and then 10-25 minutes for the actual process to finish. "We have a great handbook — authored in large part by Dru Lavigne of other BSD books fame — that can help the user in set-up and administration of the system."

PC-BSD caters only to 64-bit systems. "So you will need something with a 64bit CPU to get started," Moore said. "I personally recommend a dual-core processor, 4GB of memory, 100GB of space and an NVIDIA card for the best experience. But of course we see users running often in much lesser spec'd systems, with 1GB memory, etc.

"We also have support forums, mailing lists, bug tracker, IRC and the like, so getting in touch with users and even developers is relatively easy. We even have a section of the handbook for switching Linux users, who want to know some of the surface differences between Linux and BSD."

In some aspects, PC-BSD is very different to Linux. "PC-BSD uses the ZFS file-system exclusively in some special ways," Moore said. "It is tied directly into our update system (for 10.1.1 and later) to use Boot-Environments (or 'BEs', similar to Solaris). So when the system is going to begin an update, an instant 'snapshot' is taken (often less than 1/2 a second) and the update actually happens in the background within a 'chroot' environment.

"This basically means you can keep working while updates are being installed, since nothing on your running system is being messed with. Then when the update has been prepared, the user will only need to reboot when convenient to them. The boot-loader will then load the new, updated boot-environment by default.

"The great thing about this system is that if something goes bad, the user can always pick a previous BE to load, and boot into it like nothing happened. Their home-directory and other critical directories are kept separate from the BE snapshot, so you can even run different versions of FreeBSD with your same home-directory on the same computer. We've had some advanced users do this to run FreeBSD -CURRENT/experimental code, with the safety of knowing they can just reboot back into the stable release at any time."

More in this category: « Debian gets new mirror in Asia for security updates Red Hat, NEC to collaborate on network functions virtualisation »
Share News tips for the iTWire Journalists? Your tip will be anonymous