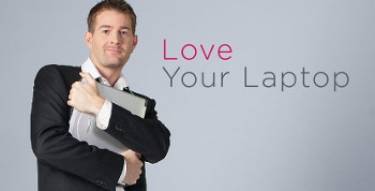 A Canadian technology company has started shipping notebooks and laptops loaded with Linux due to demand from the younger generation, the owner of the company says.

Braden Taylor of Eurocom, a company based in Ontario, said he shipped systems all over the world, including to Australia.

"We are finding that more and more of the younger generation are moving to Linux for a variety of reasons," he said, in response to queries.

"We are getting more and more inquiries about Ubuntu and Mint from the younger generation all over the world. They like that it is a low-cost alternative."

Ubuntu, a GNU/Linux distribution created in 2004 and distributed by the Canonical company, is the one of the more popular of the numerous distributions of which there are hundreds. Mint is a distribution that is a community effort and it has gained tremendous popularity over the last three years.

Tayor said: "They (the younger generation) like that they are part of a large community that works together to improve the OS and support each other." Linux, the kernel that powers the distributions, is distributed under the GNU General Public Licence version 2 that makes it mandatory for those who distribute it to also make all their changes available if requested.

Eurocom is offering laptops and notebooks for those returning to school, with a 10 per cent discount as part of its Education Programme. There are basic models and for those who need more grunt, there are NVIDIA Quadro-based mobile workstations for engineering and design students, combined with Intel Core i7 and Intel Xeon processors.