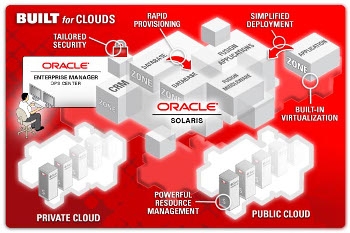 An appeals court in the US has reversed the ruling in the case between Google and Oracle which was decided in 2012 in favour of the search engine giant, saying that Oracle could copyright parts of the programming language Java.

Reuters reported that a three-judge panel on Friday (US time) reversed the ruling that APIs are not copyrightable which was rendered by Judge William Alsup back in June 2012.

Oracle had appealed the verdict to the US Court of Appeals for the Federal Circuit in Washington.

"Because we conclude that the declaring code and the structure, sequence, and organization of the API packages are entitled to copyright protection, we reverse the district court’s copyrightability determination with instructions to reinstate the jury’s infringement finding as to the 37 Java packages," Federal Circuit Judge Kathleen O'Malley wrote in the judgement.

"Because the jury deadlocked on fair use, we remand for further consideration of Google’s fair use defense in light of this decision. With respect to Google’s cross-appeal, we affirm the district court’s decisions: (1) granting Oracle’s motion for JMOL (judgement as a matter of law) as to the eight decompiled Java files that Google copied into Android; and (2) denying Google’s motion for JMOL with respect to the rangeCheck function. Accordingly, we affirm-in-part, reverse-in-part, and remand for further proceedings."

These further proceedings, under Judge Alsup, will have to determine whether Google's actions were protected under fair use.

In the case, filed back in 2010, Oracle had accused Google of copying Java application programming interface (API) designs into the APIs of its Android mobile operating system; basing Android class libraries on Java API designs; and copying from Java code into Android code.

It had also alleged that Google had violated its patents - seven were originally cited, but five were overturned before the trial, and only two were being considered.

The trial began on April 16, 2012, and in the first phase, the jury concluded that while Google was guilty of copyright violation, it could not decide whether this was covered by the principle of fair use or not.

More in this category: « Linus Torvalds gets IEEE award Patching a running Linux kernel: kGraft v kpatch »
Share News tips for the iTWire Journalists? Your tip will be anonymous