What network devices excited me in 2015 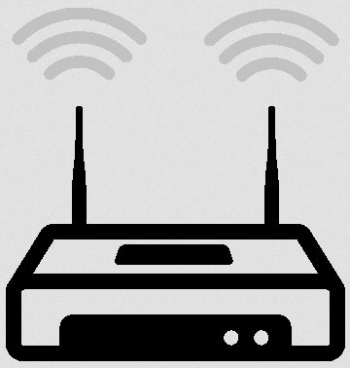 The Internet of Things can refer to any device that connects to the internet or via Wi-Fi or Ethernet in a network. In this case routers and other connected devices. This is an overview of network connected devices I have reviewed or things I think meet the ‘pretty’ good specifications.

The best two routers were neck and neck. The Netgear Nighthawk, AC 2600, X4S and the Linksys AC2600 EA78500 were both MU-MIMO (multi-user, multiple input, multiple output) routers based on the same Qualcomm chipset. Performance was almost identical. The main difference was that the Netgear had a VDSL/ADSL modem as well but it was $59 dearer at $488.

These both make such a speed difference to standard routers and can be plugged into Telstra cable gateways. The one issue with MU-MIMO is that there are few devices to fully use it.

The ASUS AC5300 has 2.4GHz delivering 1000Mbps and two 5GHZ delivering 4334Mbps. It uses NitroQAM technology to achieve this and there are few QAM devices so it should provide similar speeds to the Taipan AC3200 with standard devices. I am guessing it will be around $600-650

These are all ‘mothers’ of devices and so far ahead of the pack that you should consider them – until the AD standard comes along.

By far the most exciting networking product of the year was the D-Link Ethernet over Power, Powerline adaptors. The $199.95 (pair), AV2 2000 kit solves the issue of bringing hardwired Ethernet points to rooms where there is no Ethernet wiring. You use a pair of them (or up to 16), plug into power points and it works flawlessly. These MIMO based units are a major improvement over the older 500Mbps units that I was using.

I was also impressed with Wi-Fi extenders in general. I tested the $119.95, D-Link AC1900 sphere shaped adaptor that adds AC1900 any USB equipped desktop or notebook.

I tested a D-Link, battery operated portable AC750 router that acts as a router using hardwired Ethernet, Wi-Fi or 3/4G. Ideal for travel to share a hotel or other Wi-Fi signal. At $199 it is a bargain.

I am in the process of testing two Linksys devices that show promise.

The Wi-Fi AC750 dual band Boost range extender that plugs into a power point and extends your Wi-Fi signal. It also has a wired Ethernet port.

The other is an AC1200 dual band Amplifier that also has a 3.5mm audio jack for streaming music and an Ethernet port.

If your 3/4G reception is a bit iffy, if you have to go out onto the top-floor balcony to get a signal, then Cel-Fi Pro may be the answer.

It takes the Telstra (you can get Optus and Vodafone versions) 3/4G signal – one bar will do – and boosts it by 100db to transmit up to 30m around the house. If your signal is really poor, the optional, external Wideband, RFI, Yagi antenna may help. You can have a 30-day trial to see what you need.

The base unit comprises a receiver that you can connect to the antenna, or simply place in the spot where your signal is strongest.

It sends the boosted signal wirelessly to another transmitter placed where the signal is weakest to cover up to a 900m2 home. It does not interfere with your existing Wi-Fi and is fully Telstra approved. There are models for Optus and Vodafone as well.

The WD MyCloud range of devices were my choice of network attached storage devices – in fact have been since their launch a couple of years ago. There is an older article here that explains the various types. These are like a personal cloud that you can access via your Wi-Fi network or from the internet.

Prices for the Personal Storage consumer units are:

My favourite USB stick is the Lexar 128GB, SDXC UHS-II SD card and USB adaptor which is amazingly fast as both a very expensive USB stick (under $400) but fills the need for large picture transfers.

When it comes to external USB 3.0 hard disks it is very hard to choose between Seagate’s Backup Plus and WD’s My Passport.

My advice is go USB 3.0, and get as large as you can for the money you have – brand here is not material.

I reviewed several IP security cameras from Swann and D-Link . I realised that (a) I did not know enough about this technology to really critically review it and (b) there were too many devices – all with a different use.

What I did learn is that it is not a matter of plugging them in and linking to your Wi-Fi router. It is all about the software, apps (cloud access), video storage device, Wi-Fi bandwidth, weather proof, vandal proof, baby proof, and that more serious cameras need professional security advice.