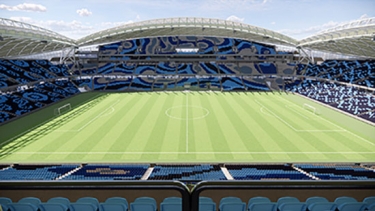 Vocus has connected Allianz Stadium Sydney to its superfast carrier-grade fibre Internet. However, under an innovative billing model, the stadium subscribes to a 1Gbps link but can burst up to 5Gbps when needed, with no charge for 5% of the time.

The move is a novel billing arrangement and provides the $828m 42,500 seat stadium at Moore Park with greater capacity available than that which it subscribes to - another 400% capacity, in fact.

Vocus calls its business model "IP Burst with 95th percentile billing." The deal allows the stadium to burst up to 5Gbps when needed, but it is charged only 95% of the time - that is, 5% of its bursts are at no cost.

The unique proposal provides customers - like Allianz Stadium - with scalable bandwidth when circumstances demand, encouraging customers to leverage the benefits of superior bandwidth-driven applications that maximise their customer’s experiences.

The stadium opened on 28 August 2022 with a community day, and the first match kicked off on 6 September with the Matildas vs. Canada. The stadium will use the extra bandwidth during football matches and concerts to provide wireless connectivity to tens of thousands of guests at once and other immersive digital experiences.

The stadium includes a massive, precisely-engineered Wi-Fi 6 network of 800 meshed wireless access points. It will support the community with live social sharing and help people find their way from their couch to their seats through the stadium’s companion app.

The stadium is connected to a broader network of Venues NSW stadiums that also receive carrier-grade fibre from Vocus. This allows the multiple stadiums to share a larger bandwidth pool, with multi-fibre redundancy in each. This includes the Sydney Cricket Ground and WIN Stadium in Wollongong.

Other plans include augmented reality and further high-bandwidth opportunities, all aimed at enhancing customer experience.

The IP Burst with 95th percentile billing is also available by Vocus to enterprise and government customers.

NSW Government Venues NSW head of technology Tim Blight said, “With Vocus, we’ve got two fibre links going into each stadium, running out in different directions, through separate conduits. It really gives us confidence in the service, no matter what might happen – even if a backhoe digs up one fibre path kilometres away, the others will stay online, so it won’t affect us.”

“Vocus was also really the only service provider able to provide a commercially aligned internet service that met our unique needs as a large venue,” he said. “It is only charging us for two 1Gbps links, and the 95th percentile model for usage means we will only pay more if we go over the 1Gbps base speed for more than 5% of the time.”

"The FIFA Women's World Cup is coming to Allianz Stadium in 2023, the Cricket World Cup to the SCG and the UCI World Cycling Championships to Wollongong. Their bandwidth requirements are increasing,” Blight said.

Vocus state manager NSW enterprise and government Bryan Turnbull said the unlocked speed offered by IP Transit was one way in which Vocus was contributing to building Australia’s digital economy and encouraging customers to find new and innovative applications to make the most of high-capacity connections.

“Australian businesses and government agencies not only rely on having access to the internet but also real speed to experiment with the most cutting-edge concepts outside of data centres,” he said.

“Increasingly, our customers are looking to get super-fast connectivity right where the bulk of their data is being generated – in this case, it’s football matches, concerts and special events, but it could equally be a mining company or a university running an AI lab.

“When organisations have a world-class link to the rest of the world from the centre of their operations, they can provide services from the source in real-time,” Turnbull said.

Turnbull explained the “IP Burst with 95th Percentile” offer was possible because Vocus owns and operates its own fibre network.

“Other providers that simply resell others’ infrastructure may not have the flexibility to offer these high-speed burst capabilities at an overall reduced cost,” he said. “However, because Vocus has its own 25,000 km fibre network around Australia, we can help customers with more tailored technical and commercial solutions, priced in ways that help them grow without as much upfront cost.”

“When we connect fibre to a building, the link is often capable of much faster speeds than what a customer has ordered from us.

“We think it makes sense to unlock the speed for customers and give them the full flexibility of the link to give the business access to burst bandwidth for specific use cases like development and testing of innovative applications that need high bandwidth, large migrations to cloud data centres and backup/sync to other sites.”

“Obviously, we hope that as businesses prove out their new ideas and services, their bandwidth usage will gradually grow, and the customers will upgrade the base speed of the service.”

The IP Burst with 95th percentile billing feature is available to any Australian business or government agency connected to the Vocus network, subject to conditions such as region, customer agreement, and network capacity at the location.

Other uses for the IP Burst function with 95th percentile billing include organisations that need to do cloud migrations with very high bandwidth requirements for short periods, scheduled backups to off-site locations, or companies that share substantial data sets with collaborators periodically, like data analytics or AI/ML companies.

The Vocus IP Transit service provides premium bandwidth designed to meet the performance expectations of our customers who expect robust connectivity at all times. Customers don’t need to worry about network congestion within the Vocus network.

Check out the infographic here: 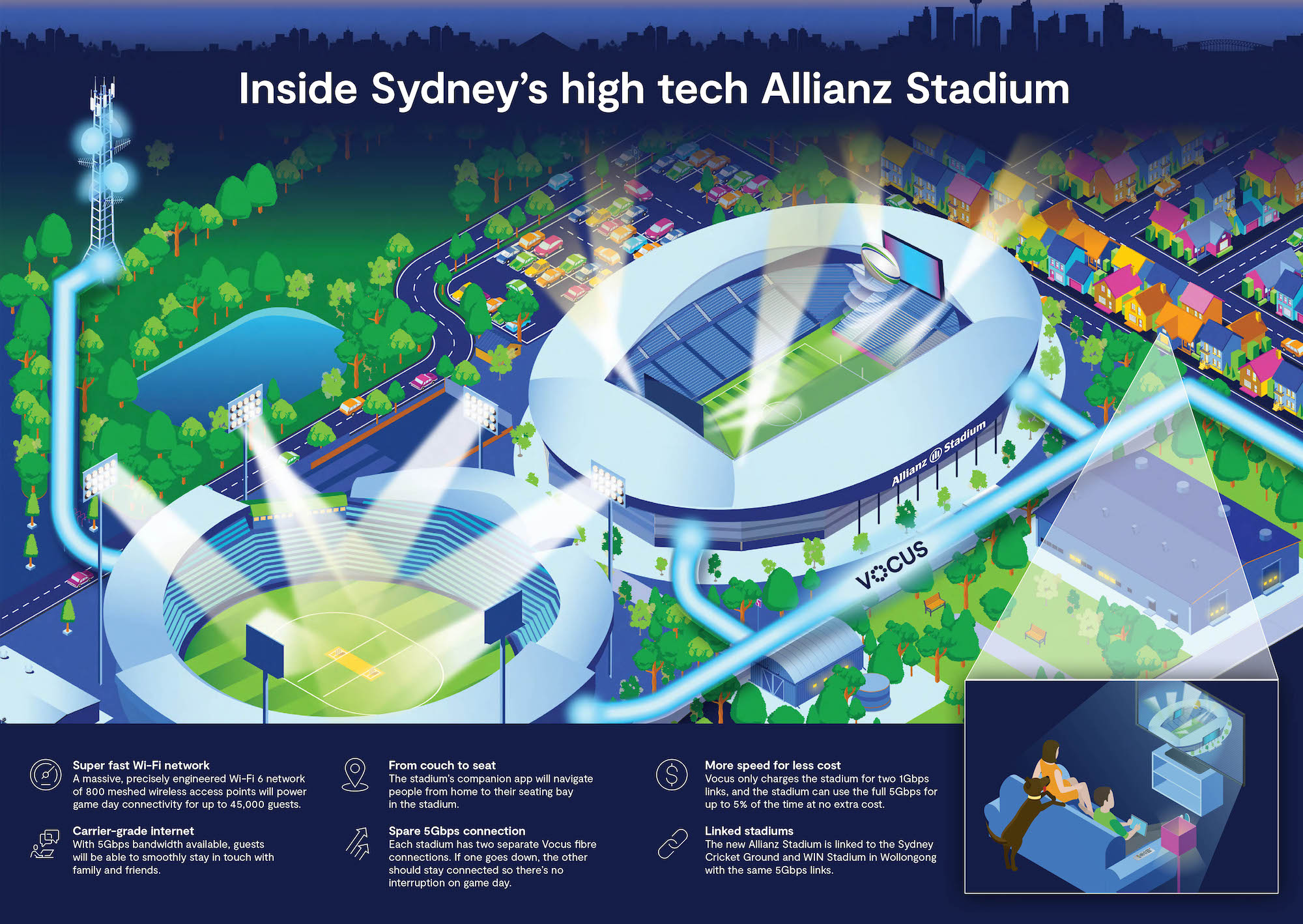 More in this category: « Aussie Broadband makes Internet simple - sign up in less steps than you have fingers Siklu adds enhancements to its wireless network design engine »
Share News tips for the iTWire Journalists? Your tip will be anonymous