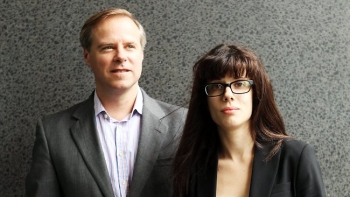 Twitter is adding an 'anti-abuse' button following a spate of high-profile incidents.

Twitter's Head of Trust and Safety, Del Harvey, announced the move in a blog post titled "We hear you" today, writing "we're not blind to the reality of abusive tweets."

The move follows an online petition on Change.org calling for the company to act after hundreds of rape threats were directed at Caroline Criado-Perez, an activist who campaigned to keep women on UK banknotes.

Back in January then-Prime Minister Julia Gillard called on Twitter to do something about bullying, saying many people had been "riddled with the feeling of humiliation in front of hundreds of thousands of people" because of the way social media environments worked.

"The vast majority of these use cases are positive. That said, we are not blind to the reality that there will always be people using Twitter in ways that are abusive and may harm others," Harvey said in the blog post today.

"While manually reviewing every Tweet is not possible due to Twitter’s global reach and level of activity, we use both automated and manual systems to evaluate reports of users potentially violating our Twitter Rules. These rules explicitly bar direct, specific threats of violence against others and use of our service for unlawful purposes, for which users may be suspended when reported."

The petition has garnered nearly 100,000 signatures, with the petition reading "[Twitter's] current reporting system is below required standards", and users are being forced to "search for details on how to report someone for abuse".

Twitter introduced an abuse-reporting button to its iPhone and mobile versions three weeks ago, while the functionality is on its way to desktop and Android users in the near future.

More in this category: « Network costs ‘to halve’ in five years Facebook gives its news feed a facelift »
Share News tips for the iTWire Journalists? Your tip will be anonymous