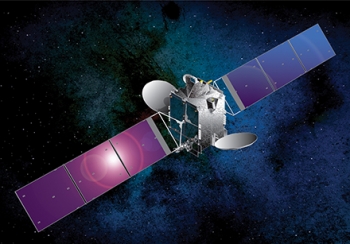 The sighs of relief from French Guiana were audible in Australia as two satellites were successfully launched Friday morning (AEST).

The satellites, Optus 10 and Measat-3b, were carried aloft on Flight VA218, an Ariane 5 ECA rocket launched from the European Space Centre in Kourou, French Guiana, on the northern coast of South America.

The satellites were originally due to be launched in June, but were delayed when Optus 10 needed additional testing. It is the tenth satellite launched by Optus since it began life as Aussat in 1985. Measat-3b is owned by Malaysia’s MEASAT (Malaysia East Asia Satellite), but carries on board as a discrete payload NewSat’s Jabiru-2.

It is the 61st successful consecutive launch for the Ariane 5 launch vehicle. That is the best record in the history of space flight, but one of its recent launches had problem when two Europe Galileo navigational systems were placed in the wrong orbit.

Jabiru-2 has 216MHz (6 x 36MHz) of Ku-band capacity to provide highly targeted coverage across Australia, Timor Leste, Papua New Guinea and the Solomon Islands. “It will help satisfy the growing demand for reliable and cost-effective communications from the oil, gas, mining, media, aeronautical, maritime, telecommunications and government sectors,” said NewSat’s chief technology officer David Ball, who was in Guiana to watch the launch.

He said the satellite will now undergo in-orbit testing and will be placed in operational service in about four weeks.“Jabiru-2’s superior capacity will enable NewSat to transition many existing services delivered via third-party suppliers across to Jabiru-2.”

Jabiru-2 is an important step for NewSat after recent financial difficulties. Even more important will be the planned launch next year of its own satellite, Jabiru-1, which will provide Ka-band capacity to high demand regions over the Middle East, South Asia and Africa.

Optus 10 is also important for Optus. It is the first satellite to be launched since the company tried to sell its satellite business last year. It has now decided, after being unable to find a buyer at the right price, to expand it.

Optus Wholesale and Satellite’s Rob Parcell said: “Optus 10 represents the next advance into space by Australians and is an exciting milestone for Optus.” Optus says it is “the only local company to own and operate satellites,” but that is no longer strictly true with the launch of Jabiru-2.

“Our satellite business holds a unique position,” said Parcell. “No other Australian telecommunications or satellite company can match the range of communications services we provide. Our satellites reach every part of the country, delivering subscription and free-to-air television and radio services, as well as voice and internet for emergency service providers and mining and agricultural industries.”

“Today’s launch demonstrates Optus’s commitment to keeping Australia and New Zealand at the forefront of satellite technology as we continue to invest in bringing communications capability to more households,” Parcell said.

More in this category: « Pacnet accelerating cloud growth with PEN 2.0 Infinera can deliver 21Tb/sec from your data centre »
Share News tips for the iTWire Journalists? Your tip will be anonymous