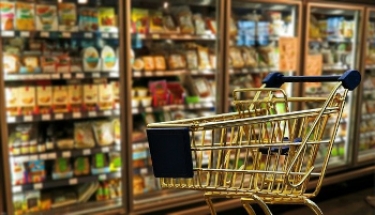 One of Australia's two big supermarket chains, Coles, was hit by an IT outage for a little over four hours and forced to shut its outlets, with shoppers unable to complete purchases due to an inability to process payments.

The issue surfaced shortly before 5pm AEDT on Friday.

In a statement issued shortly after 8pm AEDT, a Coles spokesperson said: “Coles supermarkets nationally have reopened for trade after a technical issue with our point of sale system meant we were briefly unable to process transactions this afternoon.

"To thank customers for their patience while our team worked hard to get us back up and running, Coles supermarket shoppers will receive triple flybuys points on their food and groceries this weekend.

"And to help customers who were unable to complete their shopping on Friday afternoon, Coles Online is offering free home delivery on orders of $50 and above until Sunday 18 October.”

Our payment systems are up and running. All stores continue to trade as normal.

The company initially did not release any media statement about the incident as yet and its Twitter and Facebook accounts also had no mention of the issue.

As usual, Australians vented their frustration on Twitter, with the outage happening at a time when many people do their weekend shopping.

Coles arch-rival Woolworths was quick to inform customers that its systems were not affected.

"Our payment systems are up and running. All stores continue to trade as normal," the company said.

Eftpos machines are down at Coles supermarkets across the state, possibly the country. Stores have come to a standstill. No word on when the issue will be fixed. Also, how long can salmon remain out of a fridge before it goes off? ? pic.twitter.com/T7xCp5tYIq

More in this category: « OptiComm announces ‘Australia first’ next-generation passive optical network Optus ties up with Fortinet to offer secure SD-WAN to biz, govt »
Share News tips for the iTWire Journalists? Your tip will be anonymous