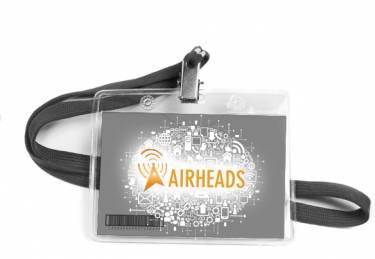 The BYOD to the workplace phenomenon has created a range of issues for employers, one of the obvious ones being security. However, just as important is the management of access to the corporate Wi-Fi network and the prioritisation and allocation of resources and this is an area where a David and Goliath battle is being fought.

There are a number of players in the mobile device access space - Cisco is the 800 pound gorilla. However, upstart Aruba Networks, reckons that the gorilla, being a monkey for all seasons, doesn't own the mid-tier and large enterprise market in the area.

At first glance, with 1500 people worldwide and just 15 in Australia, it may seem laughable that a comparative minnow like Aruba could take on the might of Cisco in this part of the world, let alone win. However, Steve Coad, managing director of Aruba ANZ, insists that this is exactly what's happening.

"Cisco plays across a very wide area, whereas we focus only on the mid-tier to large enterprise space for mobile device access and we need to convince people of our differentiator," says Coad.

His claim is backed by an impressive array of reports, benchmarking tests, white papers and other research that Aruba has conducted and produced.

How big is this space and how much market share do the respective players have?

According to Coad, this is an area where little or no research has been done to date.

However, for a company that has just opened up its first headquarters in Sydney after eight years of painstakingly carving out a local market share, Aruba has amassed an impressive array of clients.

"For the past four years we've been servicing the NSW DET (Department of Education and Training), providing the Wi-Fi infrastructure for 463 high schools, as well as many hundreds of primary schools and TAFE colleges. We're also doing a similar job for schools in New Zealand," says Coad.

In addition, Coad says the company has large clients in the Health, Retail, Banking & Finance and Stadiums sectors, providing both the hardware and software mobile access infrastructure for clients.

"We're the number one in specialist Wi-Fi," Coad insists. And until research comes out that says otherwise, no-one can argue.
Read 2826 times

Stan Beer, co-founded iTWire together witn former AAP journalist Peter Dinham in 2005. Today, he assists with Digital Advertising installation and monitoring of advert performance. With 35 plus years of experience working in IT and Australian technology media, Beer has published articles in most of the IT publications that have mattered, including the AFR, The Australian, SMH, The Age, as well as a multitude of trade publications. Any previous news story submissions should be director to editor@itwire.com and advertising enquires to andrew.matler@itwire.com

More in this category: « NBN Co in struggle against time to change construction schedule perceptions NBN Co says Financial Review ‘confused’ »
Share News tips for the iTWire Journalists? Your tip will be anonymous