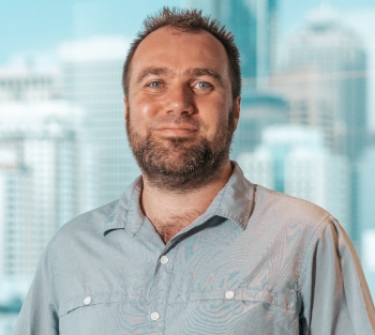 Australia could hardly claim to be known for its prowess in the semiconductor sector, yet a Sydney company claims leadership in one niche: development of the smallest, fastest and lowest power Wi-FI HaLow chip with the longest range.

Morse Micro chief executive and co-founder Michael De Nil explained to iTWire that Wi-FI HaLow had been developed to address the Internet-of-Things market.

"It is based on the IEEE 802.11ah standard, which uses lower frequencies and narrower bands to extend the reach, offer better material penetration, reduce power consumption and connect many more devices to a single access point," he said.

The company was set up five years ago by De Nil and Andrew Terry, both former Wi-Fi chip designers at Broadcom, and now has a staff count of more than 100 from about 30 countries.

This did not mean that the road ahead was devoid of bumps. "Unfortunately, Morse Micro is the only fast-growing chip company in Australia," De Nil said. "The main reasons for this include investment risk, lack of local role models, large investment requirements, competitiveness, intellectual property barriers and scarcity of talent."

The company has managed to raise US$34 million in venture capital from investors in both Australia and the US. Among them are the family office of Atlassian co-founder Scott Farquhar and venture capital firms Blackbird Ventures and Main Sequence Ventures. The best-known overseas investor is Ray Stata, who founded leading chip vendor Analog Devices in 1965. 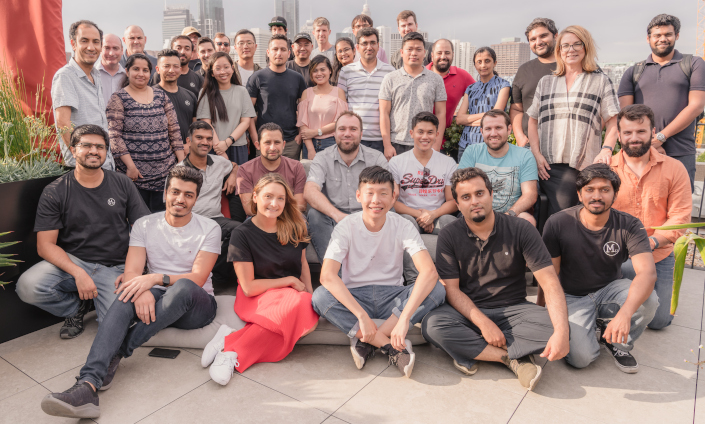 De Nil said there were two trends that would drive growth in the IoT market: smart homes would continue to become smarter and network infrastructure would need to adapt to the growing number of sensors and support connectivity from thousands of devices.

"Networks of the future need to support the connectivity of thousands of devices in an economical manner to reduce the overall capital expenditure (base stations/access points) and minimise operational costs," he pointed out.

"Connecting as many of the network nodes (stations) free-of-charge to a single aggregation device (access point) which in turn can backhaul network traffic to a central office/cloud would eliminate costly network subscription fees and help achieve these goals."

"What’s more, it is scalable and secure, enabling Wi-Fi to be deployed in never-before-reached locations without compromising performance," he added.

Morse Micro made chip samples available to product developers overseas for the first time a few months ago and hopes this expands the market for HaLow chips.

"We have developers around the world  testing and evaluating the multiple product benefits Wi-Fi HaLow offers," he said.

Some of these claimed benefits include:

De Nil described recruiting experienced chip designers in Australia as being "very challenging", adding that Morse Micro was heavily dependent on experienced developers from other countries who sought to relocate to Australia.

"To grow Australia’s semiconductor industry, we believe it’s important to nurture tech talent and this needs to be supported from the early years at secondary school with a strong emphasis on the education sector to promote STEM subjects," he said.

"This can include greater collaboration between the tech industry and schools for internships and mentorships to cultivate students to have an interest in maths and science subjects."

"In the first month, they get to experience various areas of work, such as analog and digital chip design, wireless system design, firmware development and test and bench evaluation.

"For the next five months, we assign our graduate employees to specific teams and get them trained up and on the design of Wi-Fi chips."

Asked whether Australia could be a tech leader, De Nil pointed out that Wi-Fi was invented in this country by a CSIRO team headed by Dr John O'Sullivan.

"It was later commercialised by Professor Neil Weste and his team at Radiata which developed the world’s first Wi-Fi chips based on the IEEE 802.11a standard, and was acquired by Cisco in 2000," he said.

"Today, more than 20 billion Wi-Fi devices are connected to the Internet thanks to this Australian innovation."

Despite his earlier statements about the difficulty of finding staff, De Nil also some reason for cheer. "Luckily, Sydney is a magnet for talent, enabling companies such as Morse Micro to bring together the smartest engineers from around the globe," he said.

"We are part of Tech Central in Sydney’s Surry Hills which is home to a cluster of start-ups valued at about $120 billion. The vision is to create a thriving tech ecosystem that includes the presence of venture capital firms and universities.

"Other companies based here include AfterPay, Canva and SafetyCulture, with Atlassian moving to the area in their new headquarters in the near future."