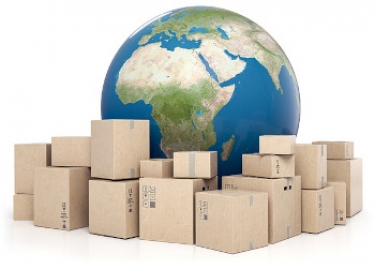 Global shipments of traditional PCs fell 15.3% in the second quarter of 2022 to 71.3 million units, the technology analyst firm IDC says, adding that the year-on-year drop was the second consecutive decrease after two years of increases.

In a statement, IDC said the fall was worse than expected, and blamed deterioration in both supply and logistics due to the continued lockdowns in China and macro-economic headwinds.

The company said traditional PCs included desktops, notebooks, and workstations, but not tablets or x86 Servers.

Another technology analyst firm, Canalys, put the shipments for the second quarter at 70.2 million units and the year-on-year drop at 15%. 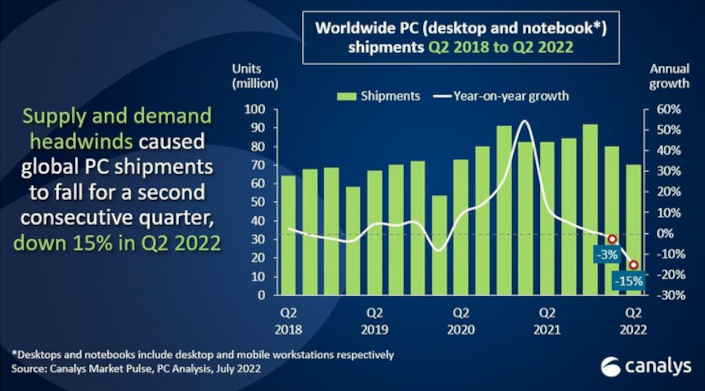 "Consumer demand for PCs has weakened in the near term and is at risk of perishing in the long term as consumers become more cautious about their spending and once again grow accustomed to computing across device types such as phones and tablets.

"Meanwhile, commercial demand has been more robust although it has also declined as businesses delay purchases."

"With education PC appetite saturating and consumer demand stagnating, the US PC market is staring at another quarter of double-digit decline across most segments," said Neha Mahajan, research manager with IDC's Devices and Displays team.

"Commercial PC demand is also showing signs of a slowdown, however there are still pockets of growth expected in certain commercial sub-segments where demand for low-mid range Windows devices remains active and unfilled." 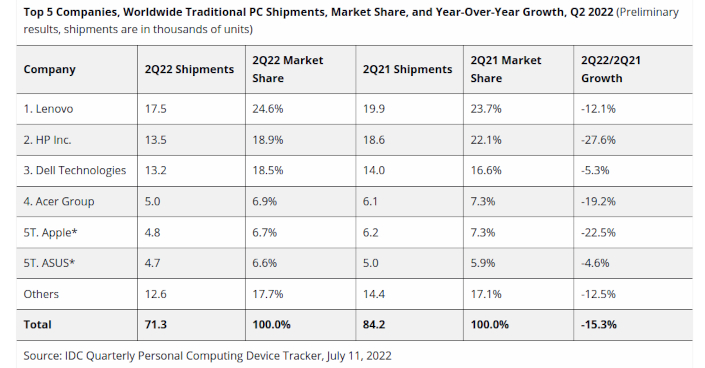 Canalys said notebook shipments had fallen 18.6% in the quarter to 54.5 million units, a drop for a third consecutive quarter as education procurement remained weak compared to a year ago. Desktops had fared much better, posting modest growth of 0.6% to 15.6 million units.

"As expected, COVID lockdowns in key regions and cities of China throughout most of 2Q severely affected the manufacturing and export of PCs,” said Canalys analyst Emma Xu.

"“Disruption to factory and port operations in Shanghai, Kunshan and Jiangsu led to significant delays in orders for all the major PC vendors. Though production and co-ordination started to improve by the end of May, output was below normal levels throughout 2Q.

"In addition, restrictions on the movement of people and goods and a reduction in business activity caused a sharp downturn in domestic purchasing in China, the world’s second-largest PC market.

"While indicators for consumer and commercial spending improved in June, the overall economic situation remains uncertain as the government’s Zero-COVID policy remains in place.”

More in this category: « Huawei opens Melbourne store Tablet, chromebook shipments down globally for fourth quarter running »
Share News tips for the iTWire Journalists? Your tip will be anonymous