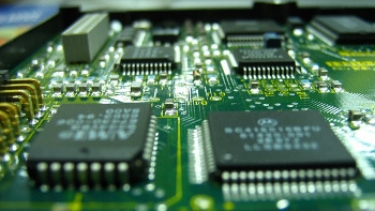 South Korean giant Samsung Electronics became the globe's top vendor of semiconductors in 2021, overtaking Intel for the first time since 2018 with a 31.6% rise in revenue to US$75.9 billion (A$105.2 billion), the technology analyst firm Gartner says.

The rise of Samsung coincided with an increase in semiconductor revenue to US$583.5 billion globally, with the US$500 billion line crossed for the first time, Gartner said according to its preliminary results.

Samsung's revenue from memory sales rose by 34.2%, reflecting the overall trend in this sector. Intel dropped to the second spot, with 0.5% growth, the lowest among the top 25 vendors.

"As the global economy bounced back in 2021, shortages appeared throughout the semiconductor supply chain, particularly in the automotive industry,” said Gartner research vice-president Andrew Norwood.

“The 5G smartphone market also helped drive semiconductor revenue, with unit production more than doubling to reach US$555 million in 2021, compared to US$250 million in 2020.

"US sanctions imposed on Huawei resulted in other Chinese smartphone OEMs gaining share and fuelling growth for 5G chipset vendors such as Qualcomm, MediaTek and Skyworks.

As far as device categories went, memory was the best performer mainly due to increased server deployments by hyperscale cloud providers to satisfy remote working, learning and entertainment needs, as well as a surge in end-market demand for PCs and ultramobiles.

Within the memory category, DRAM topped with revenue growth of 40.4% in 2021, increasing to US$92.5 billion in 2021. Strong demand from servers and PCs created a DRAM undersupply that drove double-digit average selling prices for most of the year.

More in this category: « Quantum Brilliance joins international research project VIDEOS: The Getac S410 is a win for semi-rugged laptop users »
Share News tips for the iTWire Journalists? Your tip will be anonymous