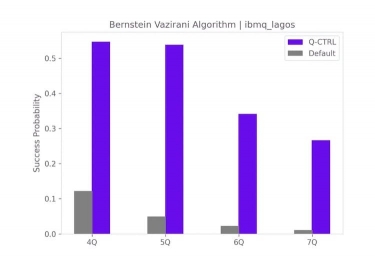 A problem with most current quantum computers is that high error rates mean only the shortest and simplest algorithms can be run. In some cases the severity of the errors means the outputs are no different from random chance.

Q-Ctrl found it was able to reduce computational errors by using specialty software to change the quantum logic gates.

This led to improvements of up to 2680%, without changing the hardware or test algorithm.

"This is the most powerful error-suppression technology ever demonstrated, and delivers an enormous competitive advantage to users," said Q-Ctrl founder and CEO Professor Michael J. Biercuk.

"We had previously demonstrated the performance of error-resilient quantum logic gates, but putting all of the pieces together and observing an algorithm run 2500% better was absolutely amazing."