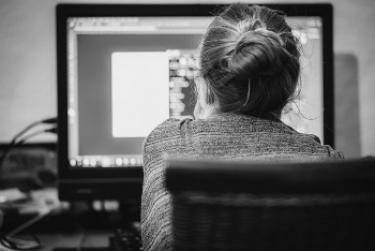 Image by Leni_und_Tom from Pixabay

Shipments of traditional PCs — notebooks, desktops and workstations — in Europe, the Middle East and Africa will come to 82.7 million units this year, a 12.7% increase year-on-year, the technology analyst firm IDC says, adding that with the effect of the pandemic not expected to lessen in any way, the demand for devices that could be used for working from home would be strong through 2020 and into the first half of 2021.

The company said the Western European market was expected to return to growth of 7.1% year-on-year in the last quarter as the need for mobility grew in the face of the coronavirus pandemic.

"Conversely, the persisting exceptional demand for mobile devices needed to support working from home will be further bolstered by the ongoing rollouts of substantial education tenders across many of the region's key geographies."

The analyst firm said the Western European consumer market was expected to grow 28.0% year-on-year in the fourth quarter, the third straight quarter of growth.

Though mobile devices would dominate, desktops would benefit from increased gaming demand as people stuck at home sought a means of entertaining themselves.

In Central and Eastern Europe and the Middle East and Africa, healthy growth of 12.1% and 7.6 % respectively was expected year-on-year in the last quarter.

"The public sector, especially the education segment, is predicted to remain very strong in both regions, with expected volumes of 334,000 and 224,000 in CEE and MEA respectively, equating to annual triple-digit growth. The need to digitise education became a fundamental goal for most regional countries."

More in this category: « Tritium claims ‘world first’ launch of scalable electric vehicle charging platform Dynabook launches 2-in-1 laptop claimed to be world's lightest »
Share News tips for the iTWire Journalists? Your tip will be anonymous