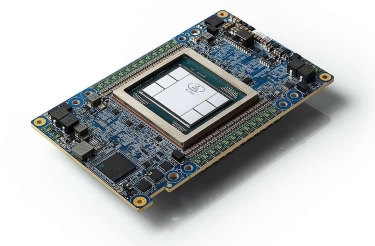 Intel has announced multiple new products, including a deep learning processor, an IPU, and data centre and mobile processors.

The Habana Gaudi2 and Habana Greco deep learning processors are said to provide high-performance, high-efficiency deep learning compute choices for both training workloads and inference deployments in the data centre.

Intel claims Gaudi2 delivers around twice the performance of the Nvidia A100-80GB GPU on the ResNet50 and Bert models.

Intel plans to ship its second-generation IPU (infrastructure processing unit) in the second half of this year.

IPUs are network devices that offload functions from CPUs, improving security and freeing up performance.

Features of the second-generation IPU will include OVS, NVMe and RoCE v2 offloading; customisability; a more secure, high speed dual 100GbE interfaces with the hardened crypto block; and VirtIO support in hardware for Native Linux support.

It will be offered in two configurations. The 150W option has 32 Xe cores in a three-quarter length full height PCIe Gen4 card. The 75W option is a low profile PCIe Gen4 card with for 16 Xe cores. Both include four Xe media engines, the industry's first AV1 hardware encoder and accelerator for data centre, GDDR6 memory, ray tracing units, and built-in XMX AI acceleration.

Availability is planned for 3Q22.

Project Amber is the code name for Intel's independent trust authority that is intended to support hybrid and remote workforces.

The first version is intended to support confidential compute workloads deployed as bare metal containers, virtual machines and containers running in virtual machines using Intel TEEs, but Intel plans to extend coverage to more platforms, devices and other TEEs in the future.

"As organisations continue to capitalise on the value of the cloud, security has never been more top of mind. Trust goes hand in hand with security, and it is what our customers expect and require when delivering on Intel technology," said Intel software and advanced technology group CTO, senior vice president and general manager Greg Lavender.

"With the introduction of Project Amber, Intel is taking confidential computing to the next level in our commitment to a zero-trust approach to attestation and the verification of compute assets at the network, edge and in the cloud."

• Guarding against malicious code by building quantum resistance into code-signing applications, such as authentication of firmware and software.