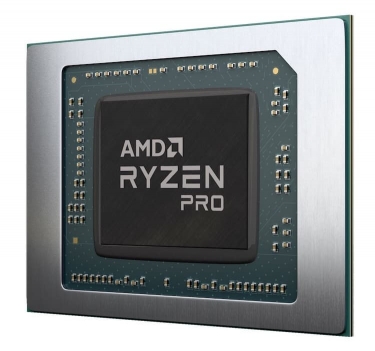 The Ryzen 6000 Series processors are the fastest Ryzen processors so far, with clock speeds up to 5GHz, up to 1.3 times faster processing speeds, and up to 2.1 times faster graphics than the 5000 Series (in internal testing).

The Zen 3+ core includes new adaptive power management features that adjust speed quickly, and new deep sleep states to help conserve power. Up to 24 hours of movie playback can be achieved on a single charge, and compared with Ryzen 5000 processors new chips can use up to 30% less power for video conferencing.

"It's clear that remote work is here to stay, making reliable security – from any device all over the world – more critical than ever before," said Microsoft director of enterprise and OS security David Weston.

"After deep collaboration with AMD, we're proud to have integrated the Microsoft Pluton security processor on AMD Ryzen 6000 Series processors, bringing enhanced security to the core of new Windows 11 PCs."

"The new AMD Ryzen 6000 Series processors bring remarkable efficiency for impressive battery life, unbeatable built-in graphics and optimised performance to deliver the best AMD has to offer to every type of notebook user."

The Ryzen 6000 Series will shortly be followed by the Ryzen 6000 Pro Series, also built on the AMD "Zen 3+" architecture and 6nm process but with the additional security features, manageability tools, and enterprise-grade stability and reliability.

The Ryzen 6000 Pro will feature in the Lenovo ThinkPad Z ultra-premium business notebook..

"Our partnership with AMD strengthens our PC portfolio across segments and helps us to continually deliver more choices of cutting-edge innovations to our customers," said Lenovo intelligent devices group president Luca Rossi.

"With the increased need for high-quality responsiveness on the go and powerful entertainment experiences while at home, Lenovo is working to further our mission of providing smarter technology for all."

More in this category: « Global semiconductor revenue up by 26.3% in 2021: Gartner Another analyst firm predicts easing of chip shortage in 2H2022 »
Share News tips for the iTWire Journalists? Your tip will be anonymous