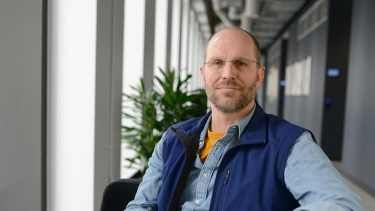 COMPANY NEWS: With more than 11,000 Apple administrators around the world in attendance, Jamf, the standard in Apple enterprise management, kicked off its 12th annual Jamf Nation user conference. Jamf showed how its Apple enterprise management platform connects authorised people and devices to work resources, protects people and organisations from threats and empowers IT and end users with devices that are simple to support and easy to use. Jamf now serves more than 57,000 customers and runs on approximately 25 million devices worldwide.

“Over time, we’ve expanded our platform from Apple device management to Apple enterprise management – which we define as the space between what Apple creates and the enterprise requires,” said Jamf CEO Dean Hager. “In doing so, we have a specific vision for the enterprise – a vision to empower individuals with technology that is enterprise-secure and consumer-simple, while protecting personal privacy.”

Connect employees and devices to work resources, ensuring only the trusted and verified get in

The office no longer limits today’s workforce, and with mobile employees comes an increased need to access resources seamlessly but securely. Jamf announced key updates to connect workers to the resources they need to be productive and protected against security threats.

Protect people, devices and organisations from threats, keeping out the untrusted and unverified

Many organisations will never go back to having their employees in the office full-time. Now, security teams need to focus on protecting company resources when accessed outside the four walls of the office. Coupled with the increasing number of attacks on Apple devices, organisations need an Apple-best solution to keep users and resources safe, no matter what device or where they are working from.

• Data loss prevention – Since the rollout of Jamf Protect, Jamf has implemented additional protection against data leakage. As a beta feature of Jamf Protect, customers can ensure that sensitive business data is only written to encrypted USB mass media drives, protecting against physical loss and unauthorised data access.

• Prioritisation of Mac alerts – Security and IT admins receive many security alerts throughout the day. With this new feature, Jamf adds severity measures to these alerts to allow security teams to prioritise which notifications they spend time on.

• Jamf Data Policy – Jamf introduced Jamf Data Policy, offering a new level of management capability by taking the notion of “policies” even further, ensuring users are not putting themselves or the organisation at risk. With Jamf Data Policy, organisations can enforce acceptable usage of websites and apps to eliminate shadow IT and block risky content while also managing data consumption with real-time analytics and granular reporting.

• App lifecycle management updates – Jamf Pro has added the ability to support iOS App Store apps in the Mac App Store catalog. Allowing IT to deploy iOS apps to M1-powered Mac devices unlocks the potential of iOS apps for all end users, regardless of the device they’re accessing those apps from. App Installers, coming later this year, will offer a streamlined way to deploy and update Mac applications with a curated collection of apps installer packages provided and managed by Jamf.

• Bring your own device (BYOD) user enrolment – Jamf has embraced Apple’s new Service Discovery feature for iOS 15, along with Apple’s foundational User Enrolment workflow, so that employees can easily enrol their personal devices into management and gain secure access to the apps they need to be productive. With data separation and access to only work app inventory, corporate data is safe and secure while the user retains personal and private use of their device.

Supporting teachers and students in every learning environment

Jamf enables thousands of schools around the world with Apple technology, but this commitment to education goes beyond bringing Apple devices into the classroom. Jamf helps educate teachers, secure devices and empower student learning with technology.

• Jamf Educator – Jamf showcased its custom-built platform for teachers to learn the basics of classroom management using Jamf and Apple. Jamf Educator allows educators to get hands-on with the Jamf Teacher app and apply it in a simulation environment. To learn more and register for Jamf Educator, visit https://educator.jamf.com.