Facial recognition for payments less than three years away Featured 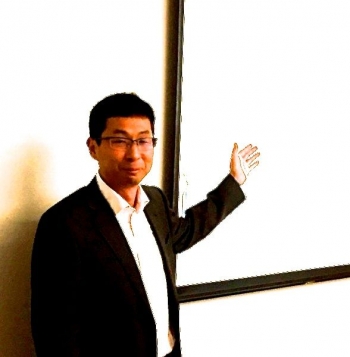 Within one to three years, we will be using facial recognition technology for banking. This is the belief of one of the world's leading developers of biometric applications.

NEC is displaying its NeoFace facial recognition technology this week at its massive iExpo exhibition in Tokyo where about 70 stands displaying the Japanese tech giant’s applications are on show.

At the Fintech stand, NEC is stating that public use of facial recognition payments systems could be as close as a year away. While facial recognition is already widely accepted for criminal and surveillance applications, payments require a higher level of accuracy.

Dr Hitoshi, who heads a sizeable R&D team, told a delegation of tech reporters in Tokyo through an interpreter that there were still a few problems related to accuracy of facial recognition systems for payments to be ironed out.

“Using photos for financial applications could be a problem,” he said. “We cannot be 100% correct. However, using passwords isn’t 100% correct either. Another big issue is using this technology as people age."

According to Dr Hitoshi, NEC, which started developing facial recognition technology in 1989, has a significant technological lead on competitors such as Cognitec, Sagem, and Toshiba in terms of matching speed and verification accuracy.

“In a National Institute of Standards and Technology benchmark contest we achieved about one tenth the error rate of our nearest competitor,” he said.

However, Dr Hitoshi would not say how big his development team is because “our competitors are trying to catch up".

While the global market for facial recognition is still relatively small at US$2 billion, Dr Hitoshi said it is growing at 20% per year, with security applications, led by payments systems, growing at 30%.

According to NEC, the company has a significant portion of business of the Indian government, which has more than one billion faces on file, while it has the whole of the business of a similar project in South Africa.

Current live applications in play include:

The writer is attending the iExpo exhibition as a guest of NEC.

More in this category: « Australia needs ECM for digital transformation In 2016, mainframes very much a part of business: study »
Share News tips for the iTWire Journalists? Your tip will be anonymous