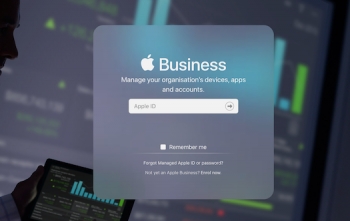 Enterprises have a lot to gain from the coming iPhone, iPad and macOS updates announced at the Apple Worldwide Developers Conference last week, with security, single sign-on, device enrolment features and more.

Global hardware and software maker Apple announced a raft of operating system updates across its product line last week including the iPad’s transition to its own iPadOS. With so many features revealed, the enterprise features went largely unnoticed, but offer welcome functionality that simplifies managing Apple IDs across a workforce, signing in with company credentials, security enhancements and more.

iOS 13 and iPadOS bring a new lightweight BYOD management tool that protects user privacy while still giving IT tools to keep corporate data secure without having to manage the entire device.

Corporate accounts, apps and data will be cryptographically separated onto a separate APFS volume during user enrolment. The user’s email, calendar, notes and keychain data, along with managed apps, will be kept separate. Users can access both personal and work data without worrying their personal data can be erased.

Apple Business Manager also makes it a snap for IT teams to deploy configured and managed iPads to end users right out of the box, no matter how few or how many employees the company has. There is no manual configuration required.

iOS 13 and macOS Catalina introduce a new Single Sign-on Extension, allowing enterprise app developers to integrate with established corporate identity providers like Okta or Azure. Combined wth managed Apple IDs users will only need to log in once and can access their corporate apps and services. The extension also works for websites.

An interesting new feature titled Business Chat Suggest will show users the option to message a business, when tapping on a phone number. Apple’s research shows over 50% of people will choose message vs. call when the options are presented side-by-side.

macOS Catalina introduces a raft of enhanced security features, starting with a dedicated system volume. The operating system will run in its own read-only volume, making it separate from all other data, and unable to be overwritten by malicious applications or through accident.

Other features include Enhanced Gatekeeper to ensure all new apps have been checked for known security issues by Apple before first run, and periodically thereafter; Activation Lock allowing Mac models with the Apple T2 Security Chip to be activation locked just like the iPhone and iPad can, meaning if the Mac is misplaced or lost it can only be erased and reactivated by the owner; DriverKit and user space system extensions to separate hardware drivers from the operating system; and Data Protection to prompt the user if an app wants to access certain data or locations or perform key logging, take screen shots or use the camera.

Across the whole product range the new Find My app will combine Find My iPhone and Find My Friends into a single, simple app for macOS, iPadOS and iOS. New functionality is added to locate a missing device even if it’s not connected to Wi-Fi using crowd-sourced location. If you mark your device as missing and another Apple user’s device is nearby it can detect your device’s Bluetooth signal and report its location to you. The advisory is encrypted and anonymous, and uses minimal traffic or battery.

Enhanced location notifications include the ability to schedule notifications for different days of the week, more useful place names and enhanced privacy controls.

The final releases of macOS Catalina, iPadOS and iOS 13 will be available as free software updates for compatible devices later this year, but developer previews are available now to Apple Developer Program members. Public beta programs will be available next month.

More in this category: « Wipro, Qatar Airways launch tech for crew management Ethics and governance 'important for analytics and AI' »
Share News tips for the iTWire Journalists? Your tip will be anonymous