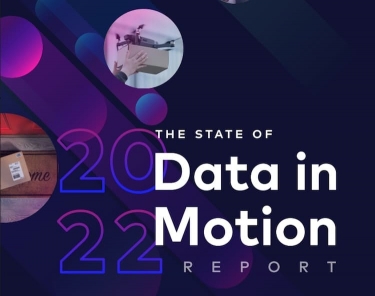 A report from data streaming platform provider Confluent suggests almost all organisations – 97% – are making use of real-time data streaming, and more use means better results.

While 97% of surveyed leaders have some access to real-time data streams, the 66% with widespread access reported higher revenues.

And 63% of those with widespread access to real-time data saw annual revenue grow by at least 10% last year, despite the global pandemic.

The link between real-time data streams and revenue appears to be their role in building rich customer experiences: eight in ten IT leaders said they are very or extremely important for this purpose.

But there are technology issues.

A majority (60%) of IT leaders said data integration is the biggest hurdle to accessing more real-time data. Only half as many pointed to inadequate budgets.

Just over three-quarters said the timely integration of real-time data from different applications is important for critical processes within their organisation, but 40% reported difficulty integrating data in a timely way.

And 68% said they are challenged to find the data they need to build real-time applications.

Securely streaming data between clouds is another challenge, with only 39% of respondents claiming to be “completely prepared” to operate in a hybrid cloud environment.

Even though multi-cloud environments are common, almost a third of IT leaders struggle to synchronise data between storage environments effectively.

Among companies only operating on premises, 69% of leaders say security concerns are among their top reasons for cloud hesitatancy.

“Data has emerged as one of the most important assets needed for business success,” said Confluent president of field operations Erica Schultz.

“Modernising data infrastructure with real-time data streams — what we call 'data in motion' — enables continuous movement and processing of data for better workflows, more automation, real-time analytics, and differentiated digital customer experiences. This technology is crucial for organisations to compete and win in the digital-first world.”

The full Data in Motion report is available here.

It was based on survey responses from 1,950 IT and engineering leaders of companies with more than 500 employees in the United States, United Kingdom, France, Germany, Australia and Singapore.

More in this category: « Decision Inc Australia partners with Alteryx to ‘expand offering’ in Australia Multi-access Edge computing to skyrocket to $31 billion by 2027; autonomous vehicles and smart cities likely to benefit from MEC rollout: Juniper Research »
Share News tips for the iTWire Journalists? Your tip will be anonymous