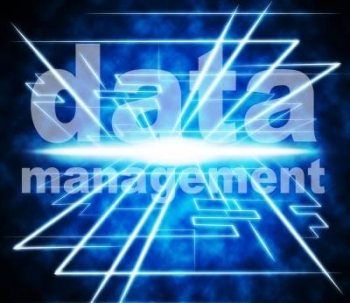 Internet Australia chief Laurie Patton has warned that some Internet Service Providers (ISPs) could be forced to close their businesses if the government doesn’t allocate the right level of funding to them to help meet the costs of complying with new Data Retention regulations.

And, according to Patton the problems over the weightings for the data retention funding have arisen because the Data Retention Act is flawed.

"Many ISP’s are uncertain about what they are required to do. They are also understandably reluctant to spend money if they don’t need to.

“This regrettable situation exists because, as Internet Australia has argued from the start, the drafting of the Data Retention Act is fundamentally flawed.”

Patton confirmed his warning that there is a danger that if the weightings on funding are not appropriate “some of the smaller ISP’s will close up shop”.

“This could be particularly so in regional areas where smaller ISP’s are often able to provide a more personal service because they actually know their customers personally and provide them with other IT products and services,” Patton explained.

Patton’s concerns follow Tuesday’s comments by telecommunications industry body, Communications Alliance CEO John Stanton, hitting out  at the Federal Government’s long delay in telling telco providers how much they will have to pay to comply with its new Data Retention regulations.

Stanton bemoaned the fact that that one year after the passage of the Government’s mandatory data retention legislation, telecommunications providers are still waiting to learn how much of their multi-million dollar compliance costs will remain unfunded – and “whether their business will be threatened as a result”.

Stanton also complained that the Government Data Retention Implementation Working Group set up to review the weightings for funding telecommunications providers had still not met.

But, Patton said on Wednesday that despite a request by Internet Australia some months ago, the organisation had not yet been invited to join the IWG (Implementation Working Group).

"That leaves the Communications Alliance representing all ISP’s despite the fact that many ISP’s are not CA members and do not regard CA as necessarily acting in their interests,” Patton claimed.

“So when it comes to the review of the weightings for the data retention funding the risk is that the industry as a whole will not be happy with the outcome.

“Moreover, IA seeks to have an involvement in this process on behalf of all Internet users. The best estimates, including those from PwC obtained by the Government, indicate that the funding allocated to ISP’s is far less than what will be the full cost. Inevitably this shortfall will result in increased Internet access fees for consumers.”
Read 2508 times

More in this category: « Rapid growth of mobile data downloads as app usage rises Big Data is just the beginning »
Share News tips for the iTWire Journalists? Your tip will be anonymous