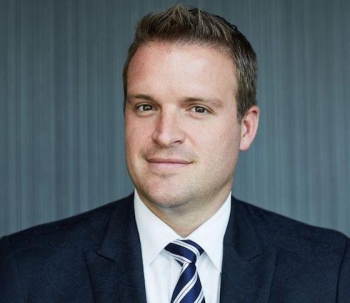 Around six months ago, Commvault released its hyperscale technology in the form of hardware appliances and reference architectures that can be run on the customer's choice of hardware.

The software-defined approach means individual nodes can be combined into a single system, and this scale-out approach allows data to be stored at a cost of just cents per gigabyte per month over five years, Commvault senior director of solutions marketing Don Foster told iTWire.

The company's own appliances start at 32TB usable storage over three nodes, and top out at 80TB usable on three nodes. More than 100 nodes can be combined, he said, and other vendors have higher-density options. For example, co-branded Cisco/Commvault systems are available with between 250TB and almost 1PB on three nodes.

This approach is "very scalable for today's enterprises", Foster observed, especially as it is possible to centrally manage a system with dispersed nodes, perhaps with the smaller appliances at remote sites and a large system in the data centre.

Commvault is applying machine learning to the operational data collected during back-up, restoration and other activities, to improve awareness of what's happening in the customer's environment.

For example, it can determine the likelihood of achieving the desired RPO and RTO, and make suggestions for overcoming any shortfalls. Furthermore, it can take some actions automatically, leaving less work for humans. So if the RPO for a certain dataset isn't being achieved, the software increases the frequency of delta backups appropriately, or it might suggest changes to the backup strategy, eg using Commvault's Live Sync feature to incrementally replicate VMs.

The more you back up, restore and test, the more accurate the predictions become, said Foster.

Other capabilities include dynamically prioritising various back-ups so the slowest is actually performed, and anomaly detection, which covers multiple areas such as network changes causing performance issues, or an unusually large number of file changes on a particular system, symptomatic of a ransomware infection. In both of these situations the software would alert administrators.

However, this "is somewhat new technology" that has only been in Commvault's production software for a couple of months, he said, and at this stage is being primarily used for endpoint protection (detection of ransomware and quick recovery to a pre-infection state) and for recovery readiness reporting.

Commvault provides a dashboard that reveals the organisation's risk profile and provides a single place to find information about all these capabilities.

The company's approach to copy data isn't just about back-up and recovery, Foster pointed out. It supports a hybrid (on-premises/cloud) IT strategy, and also makes life easier for those working in development and testing because they don't have to keep waiting for the latest data to be copied for their use.