Cloud services market was worth US$86b in 2018: Counterpoint 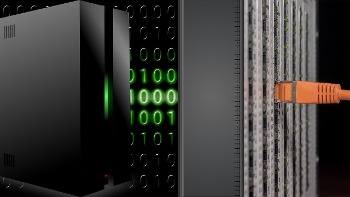 The cloud services market grew to an estimated US$86 billion in 2018, the tech analyst firm Counterpoint Research says, adding that it expected double-digit growth for the next five years.

In a statement, the company pointed out that data centres and cloud services were already a multi-billion-dollar industry. Instagram used services from Facebook data centres, while Netflix was a big customer for AWS.

"Content remains the king from video to gaming to music to smartphone apps to user-generated content all need an increasing amount of cloud storage," Counterpoint said.

"Further, the growing adoption of artificial intelligence across different applications is in parallel driving need for greater server processing power and thus semiconductor capabilities within the servers."

Counterpoint senior analyst Prachir Singh said: "Our analysis suggests that several factors are responsible for the rising demand for cloud servers. One of the main consumers for cloud servers are big data centre companies and cloud service providers.

"Examples of big data centre companies include the likes of Equinix and Digital Realty Trust, both of whom are real estate investment trusts or REITs.

"Among cloud service providers, the likes of Microsoft, Amazon Web Services, Google and other such companies are the major users of cloud servers. These companies also provide infrastructure-as-a-service whereby they offer instant computing infrastructure which is managed over the Internet.”

Brady Wang, associate director, added: "According to our research, Google, Amazon, and Microsoft are spending heavily to increase their share in cloud services as well as the data centre business.

"New players are also emerging in this sector. In the US, Facebook, Apple, and Intel are some of the big names making a mark in the data centre segment. In China, Alibaba, Tencent, Baidu, and China Telecom are spending heavily to boost their data centre businesses.”

These developments are helping leading server manufacturers like Dell EMC and HP Enterprise to grow. Globally, in 2018, the top five companies held about 49% of the market share by revenue in cloud server manufacturing.

Dell EMC and HP Enterprise are the biggest players, each holding 16% market share in 2018 in terms of revenue. Their offerings range from industry-grade racks to blade and tower servers. IBM is also a major player with its IBM Z mainframe servers. Other big players include Cisco, Oracle and Lenovo.

"Inspur Power Systems and Huawei are the biggest contributors from China. In 2018, Inspur Power Systems’ revenue grew 72% year-on-year while Huawei’s server business grew 33% year-on-year. In the cloud server manufacturing segment, Taiwanese ODMs are faring much better. Players like Foxconn, Wistron, Inventec and other such ODMs have a 39% market share by revenue in the cloud server manufacturing space."

The server microprocessor market is one of the beneficiaries of the rise in data centres and cloud service providers. Big players in this segment are Intel and AMD. Intel is by far the bigger contributor, grabbing more than 97% market share by revenue in 2018. AMD, which held less than 1% share two years ago, has now captured 2% market share due to their new offering EPYC.

More in this category: « Like Oliver Twist, Australian firms want more... from data management Australian businesses pay a high price for ‘data mismanagement’: report »
Share News tips for the iTWire Journalists? Your tip will be anonymous