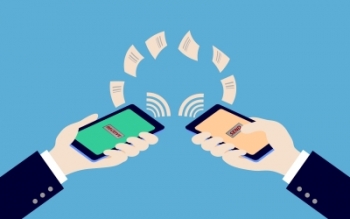 The Australian Communications Consumer Action Network has warned consumers they may be losing a big chunk of their mobile data to what it warns is a megabyte rounding “rip off”.

According to a new research report launched by ACCAN some consumers are losing around 23% of their data to megabyte rounding which happens when a single data session is rounded up to the nearest megabyte.

As ACCAN notes, a data session can be thought of as each time your smartphone talks to the internet, whether this is to watch a video, update your Facebook or receive an email.

“As some data sessions are very small, using only a few kilobytes, some consumers are on plans that are using up their data more rapidly. ACCAN is advising consumers to avoid these poor value plans,” cautions ACCAN CEO Teresa Corbin.

The report  - ‘Megacharge’ - was authored by two UTS Information Technology Engineers, Brett Hagelstein and Mehran Abolhasan, who used software to collect and analyse over 20,000 data sessions from consumer phone bills.

The research shows that light data users - those who use less than 500MB per month - were the most significantly affected by the use of megabyte session rounding and typically added around 80% of their actual used data to rounding ‘overhead’.

“Megabyte rounding will have the biggest impact on consumers who are low data users,” Corbin says.

“This is data that consumers are paying for that they don’t get to use. Consumers shouldn’t sign up to these poor value megabyte rounding plans.”

The research also highlights the fact that in the last year, 6 out of 8 telcos that ACCAN was monitoring have dropped megabyte rounding altogether (see table below).

But, ACCAN  also warns that consumers can still get caught out if they sign up to one of the few remaining plans or if they are on an older plan that still uses megabyte rounding. The consumer action group also points to Whirlpool and a page on its website outlining how some Australian telcos count mobile data sessions.

ACCAN suggests that consumers should look at the Critical Information Summary (CIS) to see if a plan uses megabyte rounding before signing up to it.

“The use of megabyte rounding for mobile phone plans has decreased in the past year. This is great for consumers, but there are still plans out there that can be a rip-off,” Corbin warns.

“Before signing up to a plan consumers should do their research to choose one that’s going to give them good value for money.

“We’ll be keeping an eye on the industry to make sure that megabyte rounding and poor value plans don’t make a comeback in the future.”

ACCAN says megabyte rounding still applies to select plans and, for example, at 24 March 2016 these included:

•    Virgin Prepaid excess data (devices set up for 4G only). You can turn it off  but are limited to 3G

ACCAN says a brief survey on 26 November 2015 of the “over-plan data” costs available from major carriers was conducted using the information available on carriers' websites, and came up with the following results:

* Indicates advertised changes made between April and November 2015 that reduce the billing units from megabyte session rounding to the value indicated. All Telstra plans use KB billing units, except the Telstra Prepaid Simplicity offer (available since 2011) which has a charge of 10 cents per MB or part thereof. Excess data on Virgin Prepaid 4G devices uses megabyte rounding.

More in this category: « Could a databerg sink your titanic enterprise? Fintech sector needs standardisation of data access says InvestmentLink »
Share News tips for the iTWire Journalists? Your tip will be anonymous